The Dasung Not-eReader is a device that looks… like an eReader. But it’s really an Android tablet that happens to have a 7.8 inch E Ink display. You can also use it as a black and white monitor for your PC or Android phone.

Dasung unveiled the upcoming device in September, and now it’s up for pre-order through an Indiegogo crowdfunding campaign.

It’s expected to ship in March, 2019 and the Not e-Reader has a suggested list price of $499, but backers of the crowdfunding campaign can reserve one for between $369 and $439, depending on when they back the campaign. 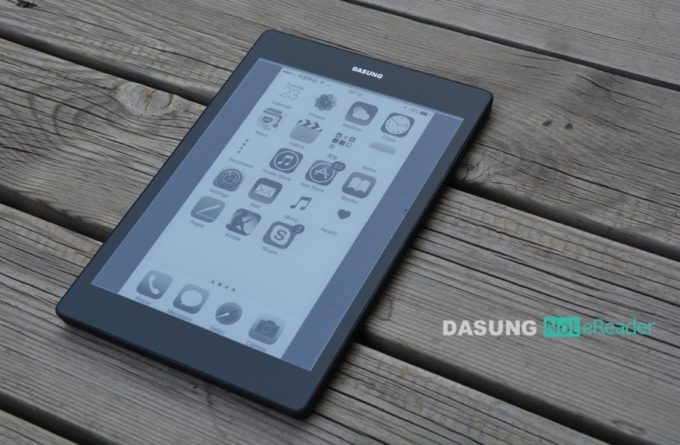 It supports WiFi and Bluetooth, a headphone jack, and has a frontlit touchscreen display with adjustable color temperature (cold or warm).

The Dasung Not e-Reader runs Android 6.0 and supports just about any app that you think will look decent on a black and white display. Unlike most devices with E Ink displays, the Not e-Reader has a screen refresh rate that’s fast enough to handle video playback.

You can also use it as an external display for an Android smartphone by connecting via WiFi or use it as a PC monitor through an HDMI or wireless connection.

And while the tablet is called the “Not e-Reader,” one thing you can obviously use it for is reading eBooks — as an Android tablet you can install any number of apps for reading digital books, comics, or magazines.

If you like the idea of an E Ink touchscreen monitor, but prefer something with a larger display, Dasung’s got you covered there too — the company will be running a crowdfunding campaign soon for the Dasung Paperlike Pro. It’s a touchscreen monitor featuring a 13.3 inch, 1600 x 1200 pixel E Ink display.

via the eBook Reader