Bookseller Barnes & Noble has a new tablet or two on the way. Right now the company is selling a handful of tablets including several Samsung models and a 7 inch NOOK tablet that first launched in 2016.

This week a new 10 inch model showed up a the FCC website. And according to Tablet Monkeys, there may also be an updated 7 inch model on the way. 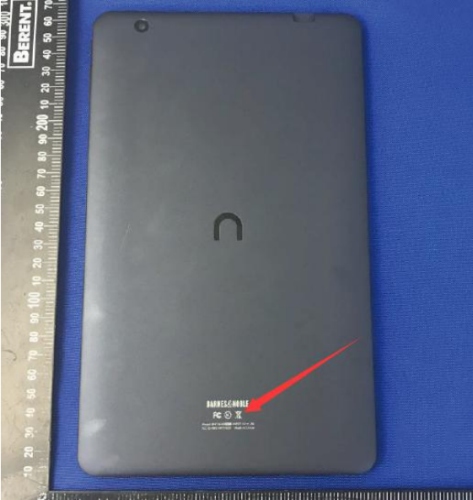 There aren’t a lot of details at this point, but according to the FCC listing, the new 10 inch model is manufactured by a Chinese company called Jingwah Information Technology and it features a 6,3000 mAh battery, 802.11ac WiFi, and Bluetooth.

We don’t know the price, processor, screen resolution, or other key specs yet. But a picture of the back of the device sure makes it look like part of the NOOK Tablet family. It has what appears to be a soft touch plastic cover, a Nook logo, the B&N name, and a camera.

Barnes & Noble has had an on again, off again relationship with tablets. I picked up the first NOOK Tablet in 2011, the same month Amazon launched its first Kindle Fire tablet. But it was actually the second B&N tablet — the first was called the NOOK Color.

I’ve lost track of the number of tablets Amazon has released since then. They’re part of the online retailer’s growing family of first-party hardware that has also grown to include smart TV and smart speaker gadgets.

B&N, meanwhile, continues to be a company that primarily sells books… and which continues to struggle to stay afloat as the last major bricks and mortar bookstore chain in the United States. The company followed up the NOOK Tablet with the NOOK HD and Nook HD+ then scrapped its tablet lineup and instead started partnering with Samsung to sell some Galaxy Tab devices with NOOK software pre-installed. A few years ago B&N did launch a $50 tablet, but hardware problems caused the company to stop selling it for a time until those issues could be resolved.

I’d really like to see a new NOOK Tablet that could give the Fire and other low-cost Android tablets a run for their money. But it would certainly be an uphill battle. Still, it’s nice to see B&N hasn’t given up on the tablet space yet.