Plex is a powerful media center tool that lets you stream your own music, movies, TV shows, and other media to smartphones, smart TVs, computers, or other gadgets.

But in order to do that, you’ll need to set up a Plex server application on a PC that you leave running all the time or on a network-attached storage device, which is the what I use to stream content to my Roku and Amazon Fire TV devices.

Don’t have an always-on PC or NAS? Then you may need a different solution. A few years ago Plex launched an online service called Plex Cloud designed to let users set up an online media server. But now the company has announced it’s shutting down Plex Cloud on November 30th, 2018. 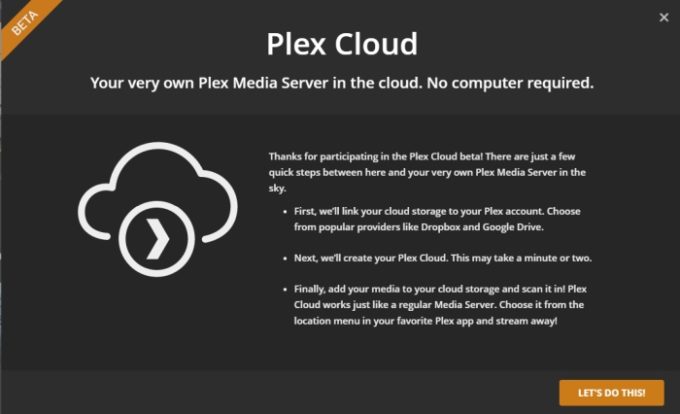 The move shouldn’t come as a huge surprise: the service has been buggy and earlier this year Plex stopped allowing users to create new Plex Cloud servers while the company looked for ways to improve performance.

Ultimately, the company says it hasn’t “found a solution capable of delivering a truly first class Plex experience to Plex Cloud users at a reasonable cost.”

As Variety points out, Plex Cloud allows users to upload their media to Amazon Cloud Drive, Google Drive, Microsoft OneDrive, or Dropbox, but Plex also used its own servers to transcode media for streaming. The good news is that if you’ve saved a bunch of movies, photos, and music albums online, you’ll still be able to access all of your media after Plex Cloud shuts down… because it’ll still be hosted on whatever cloud service you’re using. The bad news is that you won’t be able to stream it through Plex anymore.

You can still download your media and set up a local Plex server… but you’ll need to build your database from scratch. There’s currently no way to import a Plex Cloud database into a Plex Media Server instance running on a PC or NAS.