If you’re looking for an Android smartphone with a built-in keyboard, right now your only options are BlackBerry devices. But the folks behind the crowdfunded sliding keyboard mod for the Moto Z smartphone family plan to launch a new phone with a landscape-style slide-out keyboard.

That’s the good news for keyboard fans. The bad news is that Livermorium has canceled keyboard Moto Mod. 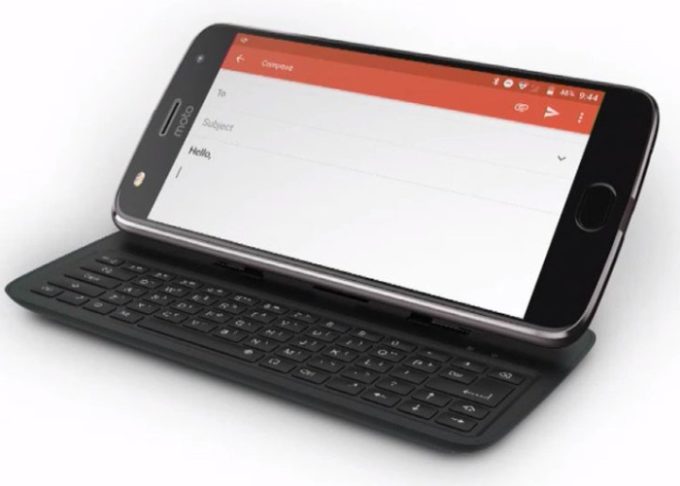 In  lengthy update posted to the project’s Indiegogo page, the company explained that it’s been difficult to source components for the slider, it’s been difficult to make the design as slim and light-weight as hoped, and there’s been little interest in the keyboard module from potential retailers, which has limited the group’s cash flow and increased costs (since the plan was to produce 3,000 units, but the minimum order for some components is 14,000).

So rather than continuing to sink money into problems that seem difficult (and expensive) to solve for a device that has limited demand, the team is canceling the project.

Backers of the crowdfunding campaign can request a full refund, or they can get a discount from on the team’s upcoming smartphone with a slider keyboard.

That phone is code-named the “Q-device,” and it’s said to be thinner and lighter than a Moto Z + keyboard mod would have been. It’s also said to have better specs than any current Moto Z smartphone, it’ll use higher quality materials than the plastic that would have been used for the keyboard Moto Mod, and it’s designed so that the keyboard doesn’t obstruct the phone’s camera.

On the one hand, I wouldn’t blame you for being skeptical that a team that was unable to produce a smartphone accessory will be able to bring a full-fledged phone to market. But there are at least a few things that help make the idea seem plausible:

So Livermorium isn’t asking new customers to spend money on the new product before it actually exists. As for existing “customers” who pledged a cumulative $164 thousand for the now-cancelled Moto Z keyboard Moto Mod, it looks like many have already begun requesting refunds.