The HTC Vive virtual reality headset sold for $799 when it first launched in 2016, but the price dropped to $499 earlier this year when HTC introduced the more powerful Vive Pro. That price includes the headset, base station, and motion controllers — everything you need to get started except for a computer.

So it seems a little strange that HTC’s latest official accessory for the Vive costs $300… or about 3/5ths the price of the Vive itself.

But that’s how much the new HTC Vive Wireless Adapter costs now that it’s available for purchase. On the bright side, it should make the experience of using the Vive a lot more immersive. 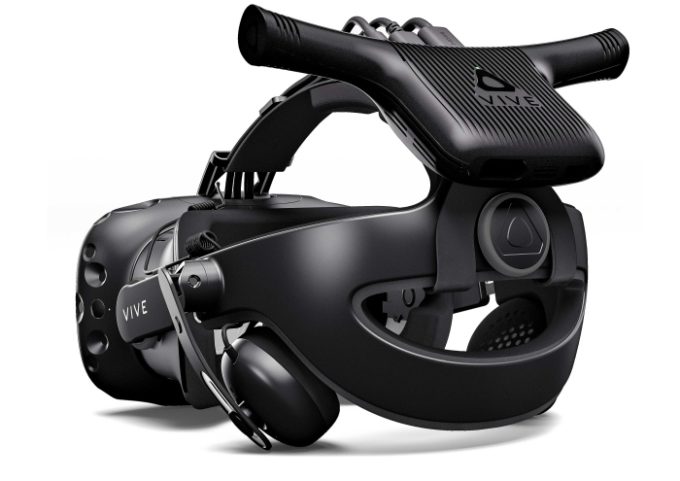 Basically the adapter removes the need to run cables between the headset and a computer. It offers high-speed, low-latency wireless and video data transfer, allowing you to immerse yourself in VR without worrying that you’ll trip over wires that you can’t see (because the Vive is blocking out your view of the room you’re standing in).

You’ll need to install a PCIe card in your computer and attach a sensor to use the wireless adapter. But once that’s done you should be able to roam as far as 6 meters (20 feet) from the PC without any problems. HTC says you can also use up to three Vive wireless adapters in the same room (although each will need their own headset, adapter, and computer).

The adapter’s battery should be good for up to 2.5 hours on a charge and it adds about 4.6 ounces (129 grams) to the weight of the thing on your head.

The price does include a two month Viveport subscription, which offers access to 500 titles. But that’s only worth $18, so it doesn’t really make the expensive accessory seem much less expensive.

Oh, and if you have the pricier Vive Pro? The wireless adapter gets pricier too: there’s a $60 Vive Pro compatibility pack required to use the accessory with the company’s high-end headset.