Chinese phone maker Doogee is jumping on the gaming smartphone bandwagon with the Doogee S70.

It doesn’t have the fastest processor, the highest screen refresh rate, or the most unusual cooling system. But it does have pretty solid specs, a detachable game controller accessory, a big battery, and a rugged design. The Doogee S70 is also cheaper than most phones targeted at gamers.

Doogee is taking pre-orders through an Indiegogo crowdfunding campaign for $279 and up, with an estimated ship date of November. But you might be able to save a few bucks if you order one from AliExpress instead. 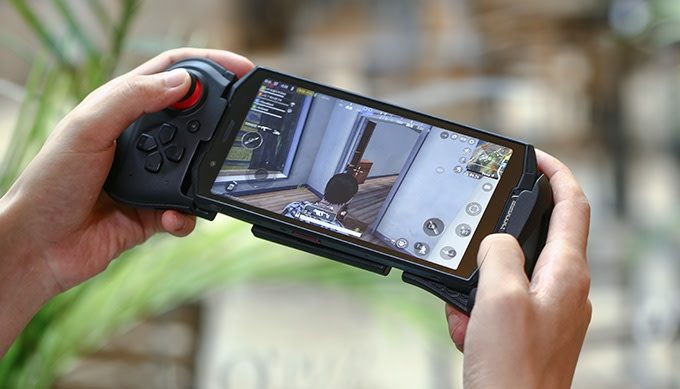 The Doogee S70 isn’t the prettiest smartphone, but it does look like something that’ll survive a fall or two onto a hard floor. It’s been MIL-STD 810G tested, has a shockproof case, and the phone is rated IP68 for water and dust resistance, allowing the phone to survive submersion in depths of water up to 5 feet for as long as 24 hours.

Under the hood, it’s powered by a MediaTek Helio P23 octa-core processor, up to 6GB of RAM, and 64GB of storage. The phone has a 6 inch, 2160 x 1080 pixel display and a 5,500 mAh battery with support for 24W fast charging (Dogee says it takes about an hour and forty minutes to fully recharge a dead battery).

The phone ships with Android 8.1 Oreo software and features a microSD card reader, a USB Type-C port, and dual SIM support. Unfortunately, like a lot of Chinese phones, it seems to have limited support for US wireless network bands.

While the Helio P23 isn’t exactly the fastest chip on the market (it’s not even MediaTek’s fastest smartphone processor), Doggee does say that the phone supports a “Gameboost Mode” that shuts down background processes and restricts notifications in order to offer a streamlined gaming experience. You can trigger gaming mode by pressing a button on the side of the phone.

The detachable game controller makes the device look more like a handheld game system than a phone, so you’re probably not going to want to leave it attached when you’re using the Doogee S70 as a phone. The controller connects to the phone over Bluetooth.