Amazon’s Fire TV devices let you stream internet content to a TV. When the company started working with TV makers on Fire TV Edition sets, Amazon also added support for live video to its user interface. Now the company is adding DVR functionality to the mix.

The Amazon Fire TV Recast is a digital video recorder and media streamer that’s set to ship before the holidays for $230 and up. 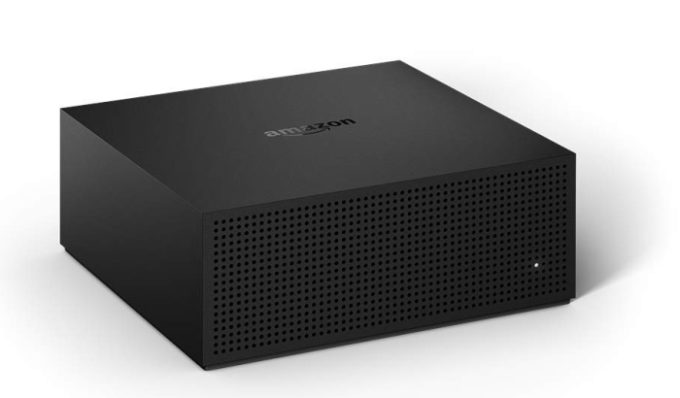 The entry-level model includes two TV tuners (for recording two shows at once or watching one live program while recording another and a 500GB hard drive that can save up to 75 hours of movies and TV shows.

For $280 you can get a model with twice as much everything: 1TB of storage (for 150 hours of content) and four tuners (for recording up to four things at once).

One thing to keep in mind: the Fire TV Recast won’t work with cable, satellite, or fiber systems. It’s an over-the-air DVR that’s designed to work with an antenna, which means you can only record broadcast network channels. It’s basically more an AirTV or HDHomeRun competitors than something intended to take on TiVo or your cable company DVR.

But as a Fire TV device, it does have some nifty functionality: there’s support for the Alexa voice assistant. And anything you record on the Fire TV Recast can be beamed to your other devices, allowing you to watch recording on a phone, tablet, Amazon Fire TV, or even an Amazon Echo Show.

4 replies on “Amazon’s first DVR: Fire TV Recast is coming this year for $230 and up”