Amazon’s smart speakers may have been some of the first voice assistant-enabled speakers to hit the market, but they haven’t always received rave reviews for audio quality… which would be fine if we weren’t talking about a product you’re likely going to use to listen to music.

Now Amazon is expanding its Echo speaker lineup with several new models that could help the company compete in the premium speaker space alongside Apple, Google, and Sonos.

Interestingly, rather than sell one high-end smart speaker, Amazon is offering a range of cheaper options that you can pair with your existing devices to bring high quality audio to your smart speaker system. 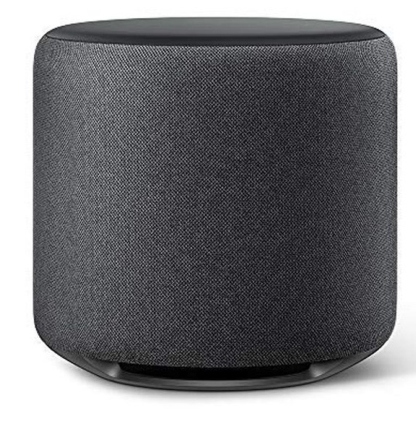 First up is the Amazon Echo Sub, a $130 Alexa-enabled 100W, 6 inch subwoofer. As leaked yesterday, the Echo Sub is pretty much exactly what we expected: it’s a speaker that you can pair with one or two other Echo devices to get 1.1 or 2.1 channel audio with much more bass.

This is a 60 watt amplifier that lets you bring Amazon Echo/Alexa functionality to your existing home stereo system.

You can use an Echo, Echo Dot, Alexa app on your phone, or just about any other Alexa-and-mic enabled device for voice controls.

Or for $200 you can get a device that’s not actually an amplifier, but which connects to your existing amp or powered speakers.

Like the Echo Amp, there’s no built-in mic on the Link.

This model should be available by the end of 2018.