As promised earlier this year, Walmart has officially entered the eBook space with the launch of Walmart eBooks.

The move is clearly intended to compete with market-leader Amazon. Not only can shoppers choose from a library of 6 million eBooks, but Walmart is also offering an audiobook subscription service that lets you pay $10 per month to get one audiobook.

It sounds a lot like Amazon’s Audible subscription service… but Walmart’s version is $5 cheaper. 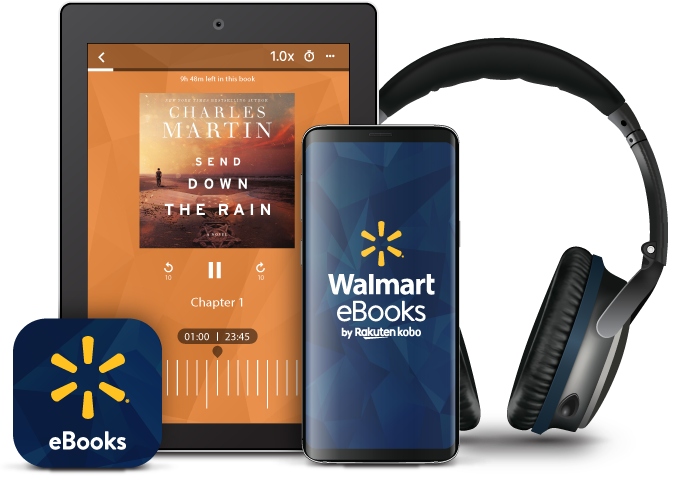 Walmart didn’t build its eBook and audiobook service from scratch. The company partnered with Kobo… which launched its own $10/month audiobook subscription plan last year and which is responsible for the 6-million title catalog available to Walmart customers.

What’s new is that Walmart will also begin selling digital book cards in 3,500 stores, allowing shoppers to walk into a bricks and mortar location, browse a selection of popular eBooks, and pay for it in store to get a code that will let them download an eBook. About 40 titles will be available at launch.

Walmart will also begin selling Kobo eReaders on its website and in select stores this week. Users can also read eBooks on smartphones or tablets using iOS or Android apps.

As an incentive to give the service a try, Walmart is offering $10 off the first eBook or audiobook to first-time customers, and a 30-day free trial for the audiobook subscription plan.

more details and analysis at The Digital Reader