When Canonical ceased development of Ubuntu Touch for smartphones and tablets last year, an independent group of developers formed the UBports project to continue supporting and updating the Linux-based smartphone operating system.

Now the team has released Ubuntu Touch OTA-4, a major update that fixes bugs, updates software packages, adds new features and performance enhancements, and updates the base of the operating system from Ubuntu 15.04 to Ubuntu 16.04 LTS. 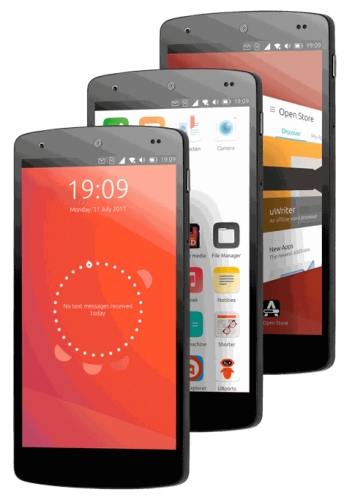 There are still some known issues. The default web browser is unstable. The camera app doesn’t support video on the Google Nexus 5 smartphone and the viewfinder freezes after you snap a picture on that phone. And some apps developed for older versions of Ubuntu Touch may not work.

For that reason, OTA-4 won’t be pushed to users automatically. If you’re using Ubuntu Touch OTA-3 you’ll need to upgrade manually. By the time OTA-5 is ready, the developers hope to push it as an automatic update.

But there are a number of changes and improvements, including new power saving features, an upgrade wizard, security fixes, new keyboard layouts for some languages, and a move from Qt 5.4 to Qt 5.9.

You can find more details in the release announcement, as well as instructions for performing a fresh install of the operating system or for upgrading from an earlier version.

Ubuntu Touch currently supports 10 devices including the Nexus 4 and Nexus 5, the OnePlus One, Fairphone 2, and several devices from Bq and Meizu.

The open source operating system is based on Ubuntu, but it features a user interface designed specifically for small, touchscreen devices. It supports mobile apps from the OpenStore, and comes with some key applications pre-installed, including a file manager, calculator, document viewer, terminal, and music player.

Developers also hope to support the “Convergence” vision that Canonical once had for Ubuntu Touch, allowing you to connect a phone or tablet to an external display and/or mouse and keyboard and use your mobile device to run desktop apps in a more traditional PC-like environment.