Micosoft’s entry-level Office 365 subscriptions are about to get a little more useful for home and/or personal users.

But on October 2nd Microsoft is removing the restriction on the number of computers you can install Office on. You’ll be able to install the software on as many devices as you want… but you’ll only be able to stay logged in on up to five devices at a time. 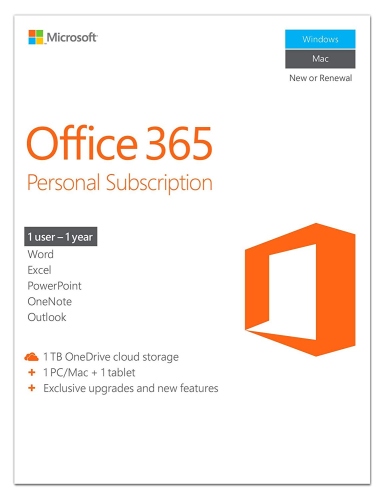 In other words, if you’ve got a dozen PCs between your home and office, you can install Office on all of them. But you’ll need to sign in to use Word, Excel, PowerPoint, or other Office applications. And if you try to sign into more than five devices at once, you’ll see a message letting you know that the limit has been reached and that you need to logout from one of your other computers.

Microsoft is also increasing the number accounts you can link to an Office 365 subscription from five to six.

In other words, if you’ve got six people in your household, each of you can install Office on as many computers as you like… and each user can stay logged into as many as five at a time. So $100 per year kind of lets you install and use Office on up to 30 devices at a time.

Or you can use LibreOffice for $0 per year. But while the free and open source office suite is pretty great, it doesn’t have every feature available in Microsoft Office.