ZTE-owned Nubia is showing off a concept for a smartwatch that’s more phone than watch.. The nubia–α concept has a flexible display that wraps around a portion of the wristband, giving you plenty of space to interact with apps, contacts, and other menu items.

It’s unclear if or when the nubia-a will ever see the light of day. But the technology isn’t exactly science fiction: Samsung, LG, Huawei, and other companies are expected to launch smartphones with flexible displays in the coming year. Why not make one that wraps around your wrist? 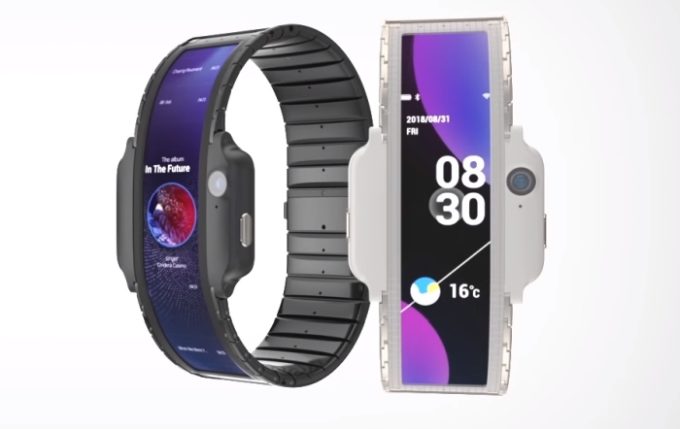 The concept video shows a watch with what appears to be a metal wrist strap and a long flexible display that wraps around the front (or top, I guess).

There’s also a camera and microphone to the side of the screen, which would allow you to make video calls or snap pictures. And there are buttons on the left and right sides and pogo pins for charging on the back.

Apps shown in the video include:

There are no details about the hardware powering the device or what kind of software it will run. Nor is there any information about the potential release date or price.

Update: Nubia is showing off an actual prototype at IFA in Berlin. Engadget got a look (but not touch).