Two of the biggest trends in household consumer electronics have merged in a way that should have seemed obvious: Netgear has released a mesh networking router that’s also a smart speaker.

It’s called the Netgear Orbi Voice and in addition to working as a tri-band WiFi router that can be used in conjunction with additional routers to cover up to 4,500 square feet, it’s an Alexa-enabled speaker that you can use to listen to music, control smart home devices, and perform other tasks using your voice.

The Orbi Voice will be available this fall for $300. 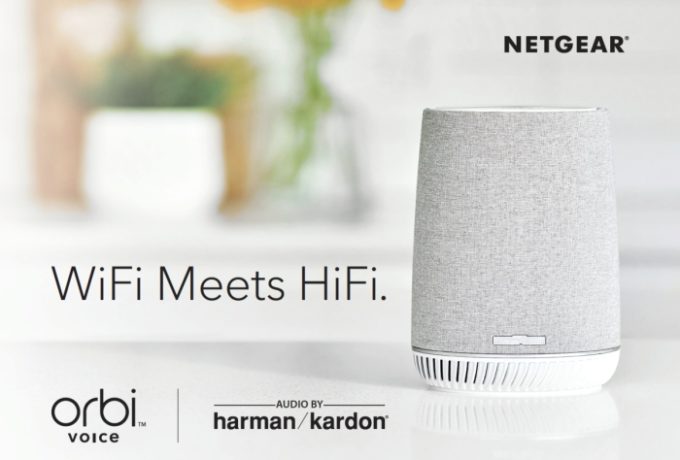 It’s designed to be used either as an add-on to an existing Orbi mesh WiFi system or you can buy a bundle of two device (one Orbi router + one Orbi Voice) fr $430.

The company partnered with Harman Kardon for audio hardware and Netgear opted to include support for Amazon’s popular Alexa voice service.

Orbi Voice includes a four-mic array for far-field voice detection, a 3.5 inch front-facing woofer and a 1 inch tweeter. You can use a mobile app to adjust bass and treble. And you can use your voice to ask Alexa to stream music, play audiobooks or podcasts, deliver news briefings, and more.

That said, if you don’t need a router system capable of covering 4,500 square feet you could probably find a cheaper two-piece solution. Amazon Echo speakers sell for $100 or less, and there a plenty of pretty good WiFi routers that sell for well under $200.