Microsoft began shipping the Surface Go tablet this week, and it’s the smallest, cheapest, and lowest-performance device in the company’s current line of Surface products.

It’s also the first Surface tablet with a USB Type-C port and the thinnest Surface device to date.

But it’s what’s inside that counts… and the folks at iFixit tore open the 10 inch Surface Go tablet to get a closer look at the computer’s Pentium Gold 4415Y processor, 26.12 Wh battery, copper heat pipe for fanless cooling, and other components.

Like most Surface devices, the Surface Go is not exactly easy to repair or upgrade. But if you’ve been wondering what it looks like under the hood, now’s your chance to find out. 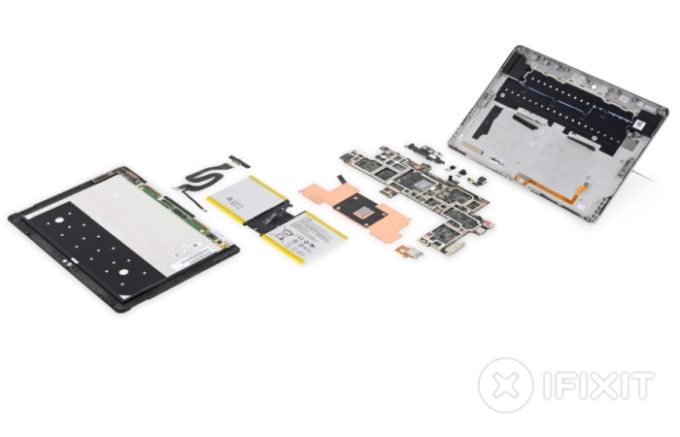