LG is bringing a new set of “wearable wireless audio” devices to the IFA trade show in Berlin next week.

The LG TONE Platinum SE is basically a set of wireless earbuds/headphones with a neckband that helps provide long battery life, while the LG TONE Ultra SE adds an external mono speaker to the mix, allowing you to listen to audio directed upward toward your ears so that you don’t block out the sounds of the world around you. 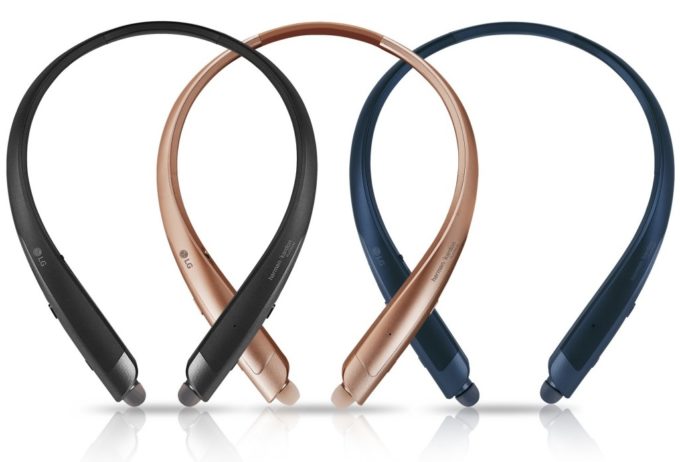 The speaker seems like a good idea for use around the house or in other places where you won’t bother other folks. But if companies are going to build wearable speakers, it’d be nice if they would use directional audio technology to make sure you can only hear the sound if the speaker is pointed at your ears.

Both models include a dedicated button that you can use to trigger Google Assistant without saying “OK Google” first. And the Platinum SE is LG’s first model to feature real-time translation thanks to Google Translate integration… although LG isn’t the first company to add such a feature. The Google Pixel Buds that launched last year also feature support for Google Translate.

LG’s new headphones/neckbands will be available in black, blue, and gold color options.

The company hasn’t revealed pricing or launch date details yet, but we may learn more after IFA begins on August 31st.