The Lenovo Tablet 10 is a Windows tablet with a 10.1 inch display, a detachable keyboard, and support for pen input, allowing you to use it as a handheld tablet or as a notebook.

Powered by an Intel Gemini Lake processor, the computer is a low-power device designed for long battery life rather than bleeding edge performance.

Lenovo unveiled the Tablet 10 at CES in January and released some additional details in April. Now the tablet is finally available for purchase. 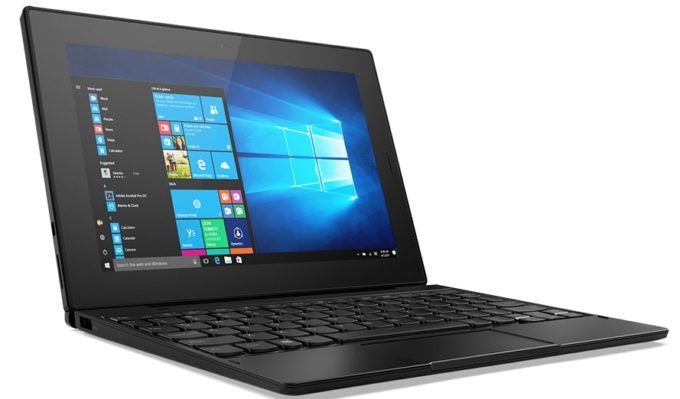 Right now there only seems to be one configuration available, and it sells for $449, which isn’t exactly cheap. But the specs for that model aren’t bad:

Lenovo may also offer models with optional 4G LTE and/or NFC support, up to 8GB of RAM, and up to 128GB of storage… and there may also be cheaper models on the way with an Intel Celeron N4000 dual-core processor and/or a lower-resolution 1280 x 800 pixel display.

All of those options showed up in documents posted to the company’s website earlier this year, but right now the $449 model is the only version available in for purchase in the US.