The company is also launching the first 8th-gen Y-series chips. The new Intel “Amber Lake” processors are 5 watt chips that will replace the Core M3-7Y30, Core i5-7Y54 and Core i7-7Y75 processors that have been around for the past two years. 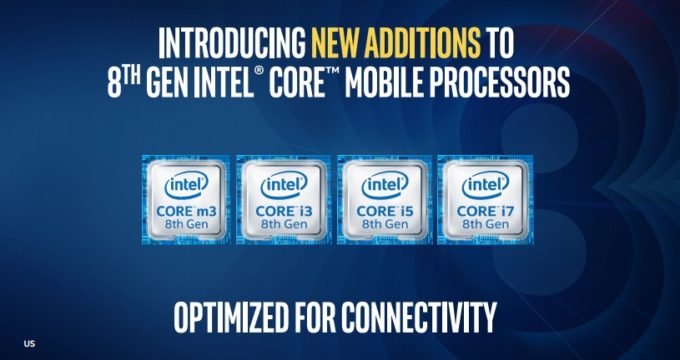 Here’s a run-down of some of the new chips:

While 7th-gen Y-series chips had a TDP of 4.5 watts, Intel has increased that to 5 watts for its 8th-gen chips… but PC makers can adjust the TDP upward or downward to improve performance or reduce heat and improve battery life.

We should start to see PC makers announced the first Whiskey Lake and Amber Lake-powered computers at the IFA trade show which gets underway in Berlin this week.