The maker of the inkBook line of eReaders is planning to launch a new model featuring a 10.3 inch E Ink display and digital pen input.

The new inkBook Infinity should be available for pre-order through a Kickstarter campaign soon, with early bird backers getting a 30 percent discount off the list price… although the company hasn’t said how much that is just yet.

You can sign up at the inkBook Infinity website to be notified when the campaign goes live. 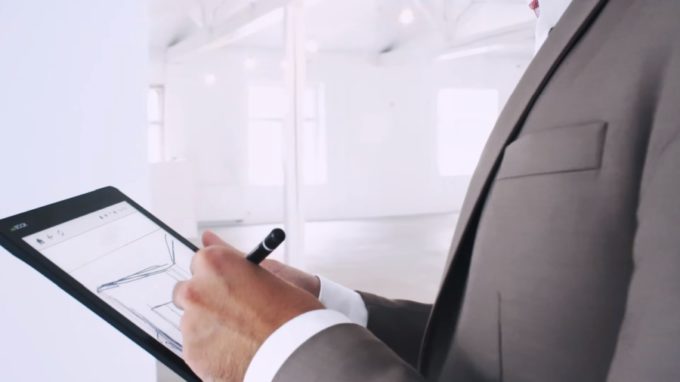 The device features an E Ink display with 227 pixels per inch, a capacitive touchscreen for navigation, and a stylus that you can use for writing or drawing. The inkBook Infinity weighs about 12 ounces.

Under the hood it features an NXP i.MX6 Solo Lite processor, 1GB of RAM, and 8GB of storage. There’s also a microSD card reader for up to 32GB of removable storage, a USB Type-C port, 802.11n WiFi and Bluetooth 4.0.

The inkBook Infinity has a 3,000 mAh battery which is kind of massive by eReader standards, but which will probably be taxed a little more than Kindle-style devices thanks to the large screen and pen support. 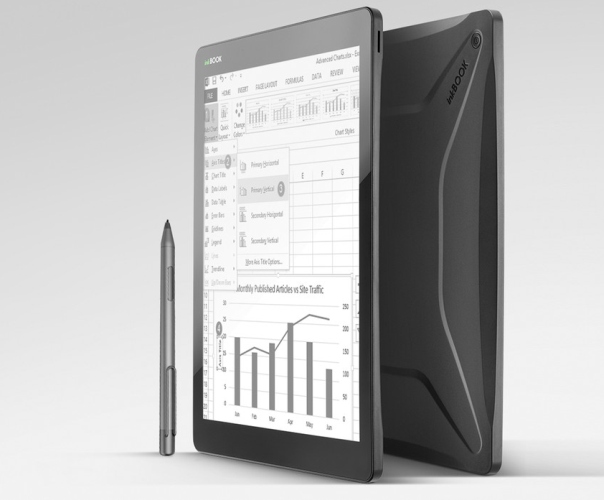 The writing & reading tablet runs an operating system based on Android 4.4.2, which may seem ancient… but which is as close to state-of-the-art as you’re likely to find on eReader-like devices with i.MX6 chips right now.

The inkBook Infinity isn’t exactly the first device in this category. Sony and Onyx both launched their own 10.3 inch E Ink writing slates earlier this year.