Rumor has it that Google will unveil its next set of Pixel smartphones, along with other hardware (maybe a new Pixelbook or Google Home device?) on October 4th. But the company seems to be having a hard time keeping at least one device under wraps.

We’ve already seen some renders and real-world pictures of what’s alleged to be the upcoming Google Pixel 3 XL. Now Russian website Rozetked is giving us the best look at the phone to date.

The website has published hands-on pictures of the phone, sample photos shot with the phone’s camera, and a short video showing that it supports wireless charging. 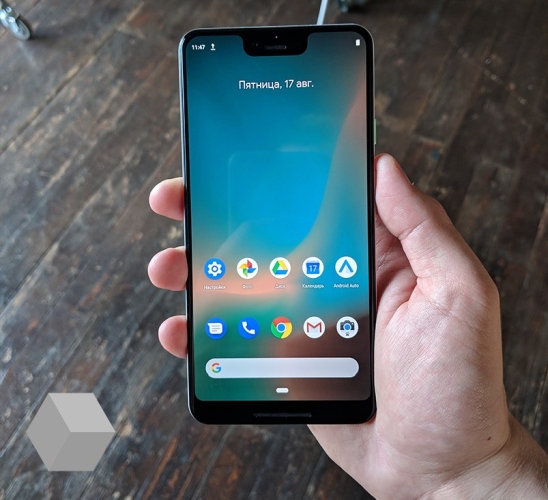 According to Rozetked, the Pixel 3 XL features a 2960 x 1440 pixel display with a notch in the top, a Qualcomm Snapdragon 845 processor, a USB Type-C port, and support for wireless charging.

There appears to be only a single rear camera, but dual cameras (or a camera plus some other sensor) on the front. And there’s no headphone jack, so it looks like that’s gone for good in Google’s phones. The Pixel 3 XL does seem to come with a USB Type-C to 3.5mm audio adapter in the box though.

While photos shot from the rear camera look pretty great in most cases, the blogger notes that the front camera seems less than stellar for now… although it’s possible that software updates could improve the performance.

It’s possible this is all part of some sort of elaborate hoax, but this isn’t the first time Rozetked has scored a major scoop. In 2014, the website posted a video of the iPhone 6 a week before it was officially revealed by Apple.

You can find more details and additional photo samples at Rozetked.

Update: More pictures from Russia (with love?) courtesy of @wylsacom:

It’s not clear how this person obtained the phones, or if you’ll actually get one if you send $2,000 as requested (it’s possible the leaks are little more than an advertising scheme). It’s also unclear why you’d want to spend $2,000 on a phone that will probably be available for less than half that price in a few months… unless you’re a blogger or YouTuber looking to make a splash with a first look at a device of unknown providence. But now that they beans have been spilled, it’s not like you’d have the first blog post or YouTube video anyway, so I suspect there are diminishing returns to getting your hands on one of these devices.

Also, whether the phones were stolen or obtained in some other way, this all seems pretty shady from a legal standpoint.

Update 3: Oh look, someone went and published a full review, complete with performance notes, a bunch of pictures (both of the phone and taken with the phone), and details about pricing: the Pixel 3 XL is expected to have a starting price of $749, while the Pixel 3 will cost $649 and up. Google may also bundle a set of Pixel Buds wireless earbuds with the phones.