Google offers at least 5 years of support for every Chromebook, which means that users should get regular security and feature updates for half a decade (the clock starts ticking the day a Chromebook is released, not the day you buy it).

Compared with Android smartphones, that looks pretty good. Compared to Windows computers? Not so much. You can install Windows 10 on a system from 10 years ago without much fuss.

As I mentioned earlier this year, now that Chrome OS has been around a while, it’s becoming clear that some older Chromebooks are still alive and ticking… even if they’ll never receive another software update. The latest case in point? Google has just ended support for its first-gen Chromebook Pixel. 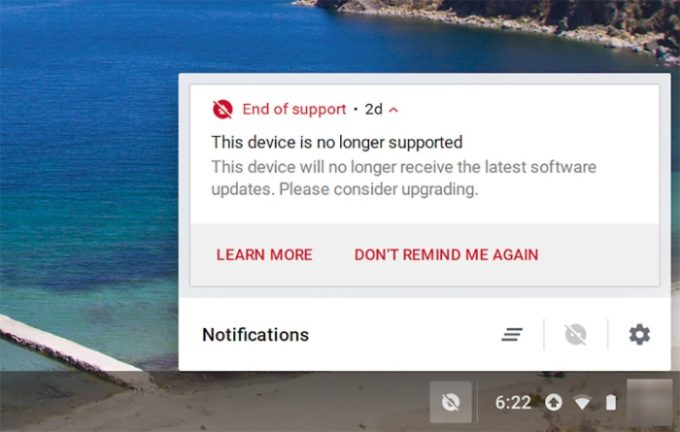 As noted by Droid Life, folks who are still using the first Google device with the word “Pixel” in the name are starting to see a notification letting them know that “This device will no longer receive the latest software updates. Please consider upgrading.”

To be clear, Google is suggesting users upgrade hardware, not software. There is no officially supported path for upgrading the software on an old Chromebook after it’s reached the end of life date… at least not yet.

If you spent $200 on a Chromebook with entry-level specs, that might not seem like much of a problem. But if you spent $1000 or more on a high-end model like the Chromebook Pixel, it’s a slightly tougher pill to swallow.

Despite having launched in 2013, the first-gen Chromebook Pixel still has pretty decent specs even by today’s standards, including a 2560 x 1700 pixel touchscreen display, an Intel Core i5 processor, 4GB of RAM, and at least 32GB of storage. If it weren’t for the end of software support, it’d still be a perfectly usable device. 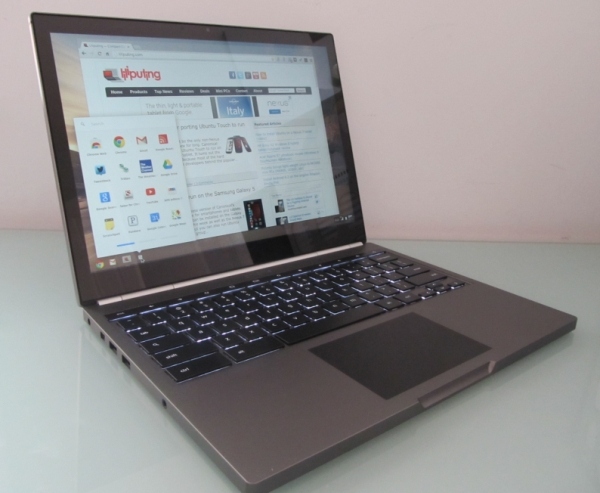 It’s worth noting that Google actually gave users a few extra months: the automatic update expiration date for this model was actually June, 2018. But that reprieve has ended.

In the future Chromebook users who want to continue using unsupported hardware may have another option: it looks like Google may be adding dual boot support to Chromebooks, which means that it may become easier to install Windows (or maybe another Linux-based operating system) on a Chromebook and keep using it after Google stops issuing updates.

Of course, you could also theoretically continue using Chrome OS after support ends, but without regular updates you’re leaving yourself open to exploits for unpatched security vulnerabilities or web content based on new standards that won’t render properly in older versions of Chrome.

8 replies on “Google ends support for the original Chromebook Pixel”