The game, which is already available for PC, Mac, PlayStation, Xbox, and Switch launched on iOS earlier this year. And starting today you can use it on an Android device… if you have a relatively recent Samsung smartphone or tablet.

Fortnite for Android is launching as a beta for Samsung devices first. It will roll out to other devices in the next few days.

Update: As of August 11th, it’s no longer a Samsung exclusive, but you do need an invite to play while the game is in beta. 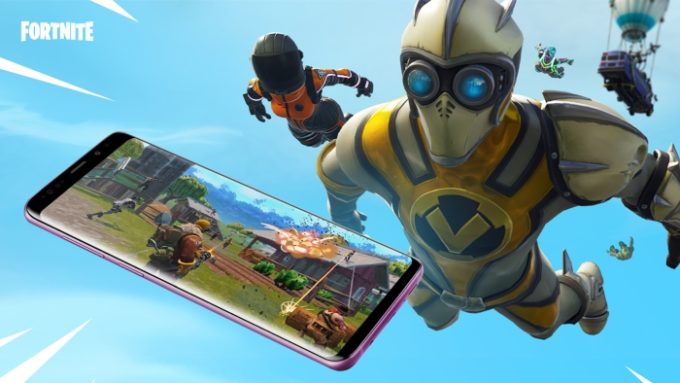 Fortinite is a free-to-play game with optional in-app purchases that pits up to 100 players against one another in a contest that involves scavenging for weapons and resources and taking out other players until only one is left standing.

There hard been rumors that the game would be a Samsung exclusive. And right now it is. But it’s interesting to see that developer Epic Games isn’t planning to limit the game to Samsung devices for long.

The developer also made headlines last week by announcing that it would not distribute Fortnite through the Google Play Store. Instead users can download it directly from the Fortnite website (or through the Samsung Apps platform), which gives Epic more control and prevents Google from taking a 30 percent cut of any revenue from in-app purchases.

At launch, you’ll need a Samsung Galaxy S7, S8, or S9 smartphone, a Galaxy Note 8 or Note 9 smartphone, or a Galaxy Tab S3 or S4 tablet to play Fortnite beta… at least officially.

Unofficially some folks re already trying finding ways to install it on unsupported devices. In a few days that probably won’t be necessary. Epic says it will add support for additional phones soon, including Google Pixel devices (1st and 2nd-gen), the Essential PH-1, Nokia 8, OnePlus 5 and newer, LG G5 and newer, the Asus ROG Phone, the Razer Phone, and a bunch of ZTE Xiaomi, and Huawei devices.

For now, it sounds like some users are experiencing performance issues and other bugs, while others are seeing no problems. It is still beta software, after all.