A few years ago the developers of Edubuntu that the Ubuntu-based operating system for teachers and students was going to skip the update to Ubuntu 16.04 and stay on Ubuntu 14.04 indefinitely. The two lead developers came to that decision after realizing that after a decade of working on the project, they didn’t have time to devote to keeping the operating system up to date.

As an open source project, the developers were hoping that someone else might be willing to step up and take over leadership of the project, but that hasn’t happened.

You can still download and use Edubuntu 14.04.5 today, but it’s based on a 4-year-old version of Ubuntu. And when Canonical pulls the plug on support for Ubuntu 14.04 in April, 2019 then the latest version of Edubuntu will also be unsupported. 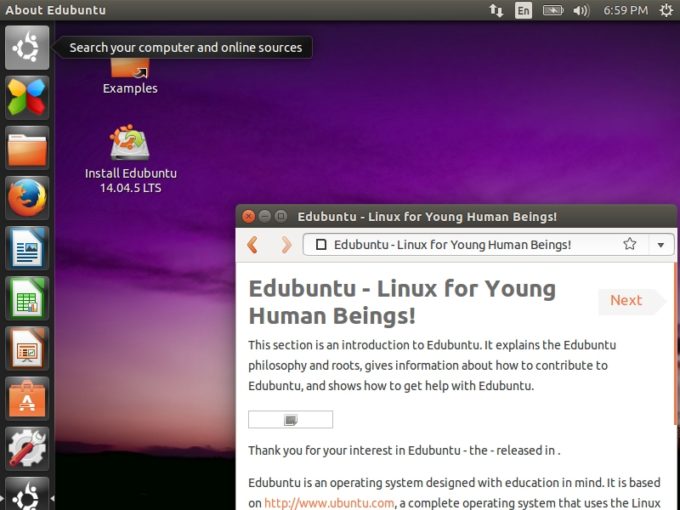 I was reminded of Edubuntu recently when a commenter asked if the team would be updating the software to Ubuntu 18.04. So I reached out to developer Stéphane Graber for an update.

In a nutshell, Graber says that the developers have been slowly deleting Edubuntu infrastructure in order to separate it from Ubuntu, particularly when old Edubuntu code gets in the way of ongoing development of Ubuntu.

You won’t find Edubuntu listed on the official Ubuntu flavors page anymore. But if you want to use any of the educational packages that had been included in the project, you can still find them in the Ubuntu repository. You may just need to install and configure them manually.

Meanwhile, if you’re looking for an education-focused Linux distribution that’s still being actively developed, it might be worth checking out Debian Edu or  the Ubuntu-based Li-f-e (Linux for education).