Android 9.0 Pie started rolling out to a handful of phones the day Google released the latest version of its mobile operating system. And by a handful, I mean the Google Pixel and Pixel 2 line of devices and the Essential PH-1.

It should also roll out soon to recent phones from Xiaomi, HMD, OnePlus, Oppo, and Vivo that were eligible for the Android P beta program as well as Android One devices.

But if you’ve got an older phone (or a new phone from a company with a less than stellar track record at providing OS updates), you may be out of luck… at least when it comes to official updates. Unofficially though? You may have options. 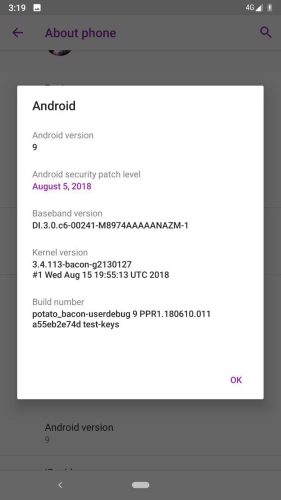 Once the Android 9 Pie source code was released, custom ROM developers got to work.

Some custom ROMs are designed to give you more control over a device or add features that wouldn’t otherwise be available. So even if you have a phone that’s already received an official update, Android 9-based ROMs might be worth checking out… if you’re cool with unlocking your bootloader and running third-party firmware on your device. It’s not without some security risk.

But another thing custom ROM builders tend to do is make new versions of Android available on old devices that no longer receive official support.

Case in point — just about two weeks after Android 9 Pie was released to the public, developers have created Pie-based ROMs available for a bunch of older phones including:

While I haven’t seen any custom ROMs that bring Android Pie to older devices like the Google Nexus 5 (October, 2013), there are projects to make older versions of Android look like Android Pie on those devices with custom themes, fonts, and features. Root is required though.

See any good Android 9 builds for other “outdated” phones? Let us know in the comments.