Acer is adding several new models to its Swift 3 line of thin and light laptops.

The new Acer Swift 3 SF314-55 is a 3.1 pound laptop with a 14 inch full HD display, Intel Whiskey Lake-U processor options, and a starting price of $800. It should be available in North America in November. 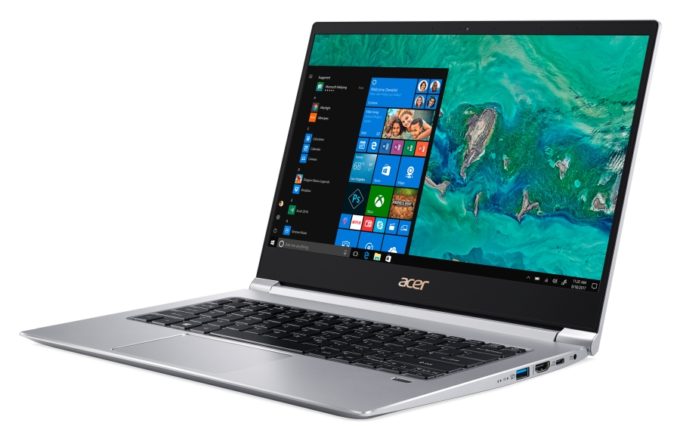 The Swift 3 SF314-55 measures 0.6 inches thick, has side screen bezels that are 6.1mm (0.24 inches) thick, and is generally designed to be the kind of sleek computer Intel used to want us to call ultrabooks.

The notebook supports up to 512GB of PCIe NVMe solid state storage, but for some reason Acer says it will only sell models with up to 8GB of RAM. It looks like 4GB is soldered to the motherboard, but there’s a SODIMM slot which should allow you to upgrade the memory on your own.

Acer says the 14 inch Swift 3 SF-314-56 has the same basic features as the SF-314-55, but it’s a little larger in order to make room for a hard drive option. This model also has a larger touchpad and an addition USB Type-A port.

It measures about 0.7 inches thick and weighs about 3.3 pounds and supports dual storage thanks to a 2.5 inch drive bay for a hard drive and an M.2 PCIe NVMe slot for a solid state drive.

Acer opted for Kaby Lake-Refresh chips in this model rather than Whiskey Lake-U processors, so the laptop is available with a choice of Core i3-8130U, Core i5-8250U, or Core i7-8550U processors. There’s no discrete graphics option.

This model also has optional support for 4G LTE.