Samsung has announced that it’s working with ARM on new 7nm and 5nm FinFET process technology that will allow the company to manufacture chips based on ARM’s Cortex-A76 designs with frequencies of 3 GHz or higher.

That shouldn’t be a huge surprise — ARM pretty much said when it announced the new design that 7nm Cortex-A76 chips should be capable of 3 GHz+ speeds. But the news here is that Samsung’s Foundry is working on actually building those chips, with plans to deliver the first such chips before the end of the year. 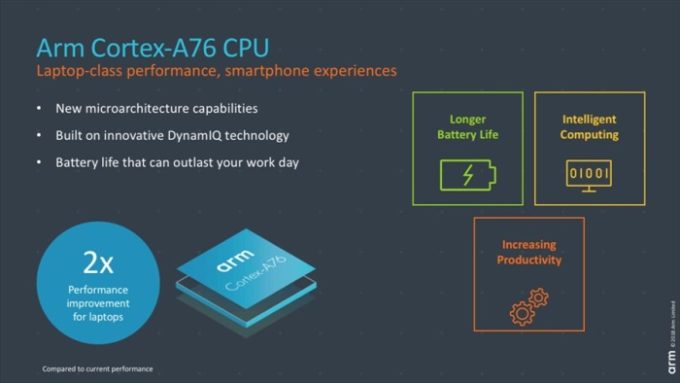 It’s unclear if we’ll actually seen smartphones, laptops, or tablets with the new chips until early 2019 at the soonest though.

ARM says Cortex-A76 chips should be up to 35 percent faster than their Cortex-A75 predecessors while using up to 40 percent less power. The company describes the new chips as offering “laptop-class performance,” which means that while it’s likely the processors will be used in next-gen mobile devices, these could also be used in upcoming Chromebooks and even Windows laptops and tablets.