Microsoft knows you probably don’t have a Windows phone… so the company has been busy releasing apps for Android and iOS in recent years. A few months ago the company also unveiled a new app that would bring new features to Windows for folks that have an iPhone or Android device… and now the company says the Your Phone app will be available to members of the Windows Insider preview program “soon.”

The company is laying the groundwork with the release of Windows Insider preview build 17728.

So what will Your Phone be able to do? 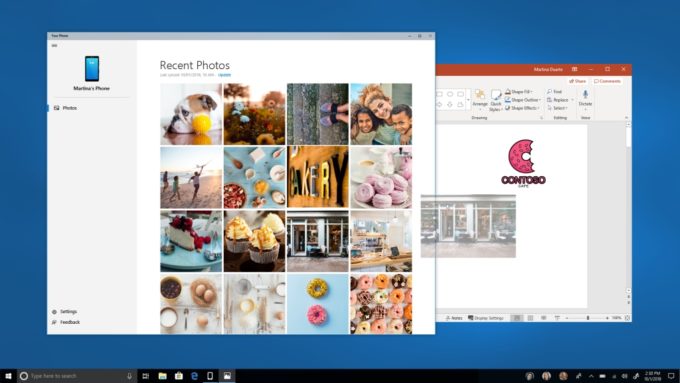 Microsoft says it’s starting with a few features, including:

In the future Microsoft plans to add the ability to send text messages from your PC, view smartphone notifications, and interact with phone content in other ways without unlocking your phone or taking it out of your pocket.

In order to use Your Phone on a PC, you’ll need to install an app on your smartphone. Microsoft says it supports Andorid 7.0 or later. There’s no word on the minimum requirements for iOS users.

Other changes in preview build 17728 include improvements for Narrator and a bunch of bug fixes. You can find out more in Microsoft’s blog post.

4 replies on “Microsoft’s Your Phone app coming soon, bridges gap between your PC and phone”