After launching a line of Google Home smart speakers in 2016 and rolling out support for third-party speakers in 2017, this year Google announced that Assistant was coming to “Smart Displays.”

Basically these are smart speakers with touchscreens, adding a visual element to the Google Assistant experience. Ask for a weather update and in addition to reading one aloud, Google can show it to you. Ask for a recipe, and you can read along as you cook.

Lenovo, JBL, and LG all unveiled Smart Displays, and now Lenovo has brought the first two to market. A $200 Lenovo Smart Display with an 8 inch screen should be available this weekend, along with a $250 model with a 10 inch display. 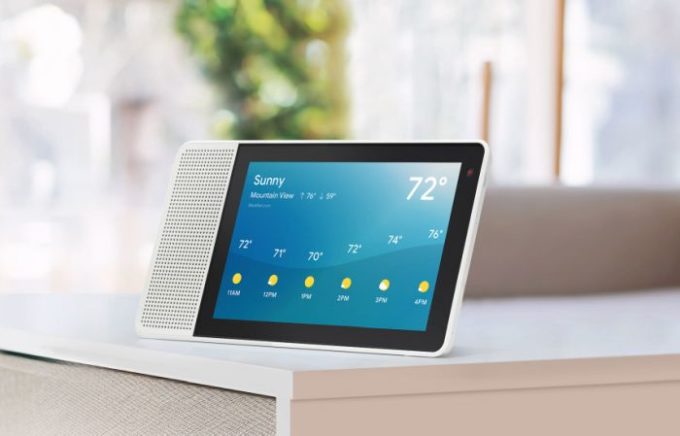 Basically, these Smart Displays are the Google and friends answer to Amazon’s Echo Show and Echo Spot products. But while there are some things Amazon is better at and others that Google is, there’s at least one key advantage to getting a Google Assistant-powered device: it will support YouTube, allowing you to watch millions of videos that aren’t currently available on an Amazon Echo Show.

Some of the first Lenovo Smart Display reviews are in, and for the most part people seem to like the design, the performance, and the experience of using Google Assistant on this style of device. Audio quality is said to be mediocre though, and for some reason the YouTube app doesn’t offer access to subscriptions or playlists. It’s still better than what you get with the Echo Show, I guess.

And Smart Displays are also compatible with other Google Assistant-enabled smart home accessories, allowing you to control lights, thermostats, locks, and other internet of things devices.

The Lenovo Smart Display 8 inch model has a 1280 x 800 pixel display while the 10 inch version has a 1920 x 100 pixel screen. Both have 10 watt speakers. And both have privacy covers that can slide over the camera if you’re not using it to make Google Duo video calls, to help provide a little extra privacy/security/peace of mind.