Chinese electronics company makes some fancy smartphones with high-end specs like triple cameras, dual fingerprint sensors, and up to 512GB of storage. There’s one thing the company hasn’t offered until now though… a smartphone with 8GB of RAM.

But now the company has unveiled its first 8GB smartphone: the Honor 10 GT. It’ll be available in China later this month, and as part of the company’s Honor sub-brand, it’ll probably be a lot cheaper than the Mate RS. 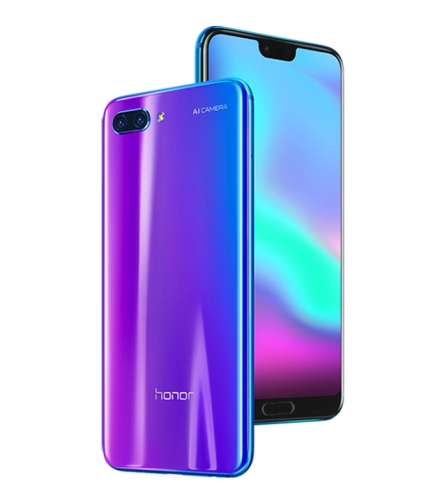 For the most part the new Honor 10 GT is the same as the Honor 10 which launched in China in April and the rest of the world in May. The only real difference is that the Honor 10 GT has extra memory.

Both phones feature 5.84 inch, 2280 x 1080 pixel LCD displays, Kirin 970 processors, a fingerprint sensor in the bottom bezel and a camera cut-out in the top of the display.

But while the original Honor 10 features 4GB or 6GB of RAM, depending on the model, the new Honor 10 GT has 8GB.

There’s no word on if or when this model will be available outside of China, but the phone is expected to go on sale in Huawei’s home country on July 24th.