The GPD Pocket 2 is a tiny laptop that’s small enough to slide into a pocket. It’s a pretty capable little machine, but its diminutive stature doesn’t leave a lot of room for a full-sized keyboard. So GPD made some interesting design choices. 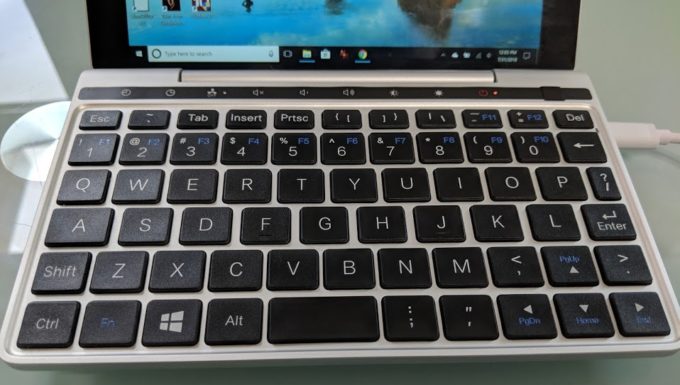 Can you touch type on the GPD Pocket 2? Sure. But you’ll probably have to spend some time getting used to the keyboard and you’ll probably never be able to type as fast on this 7 inch laptop as you could on a model with an 11.6 inch or larger screen.

Let’s take a closer look at the GPD Pocket 2 keyboard.

The keyboard has five rows of alphanumeric keys and a row of half-height keys above that, including the Esc, Tab, Insert and Del keys.

By comparison, my laptop has a keyboard that measures 4 inches high and a little over 10.5 inches across. I also have a desktop keyboard that’s 4.5″ x 11″ not counting the arrow keys and numeric keypad to the right of the alphanumeric keys.

In other words, the GPD Pocket 2 keyboard is small. So something had to give. GPD jettisoned a few redundant keys, shrunk the space bar and enter keys, and shifted some keys over. There are no Tab or Caps Lock keys to the left of the Q and A keys, for instance, so it can sometimes feel like they’re a little further to the left than you’d expect. 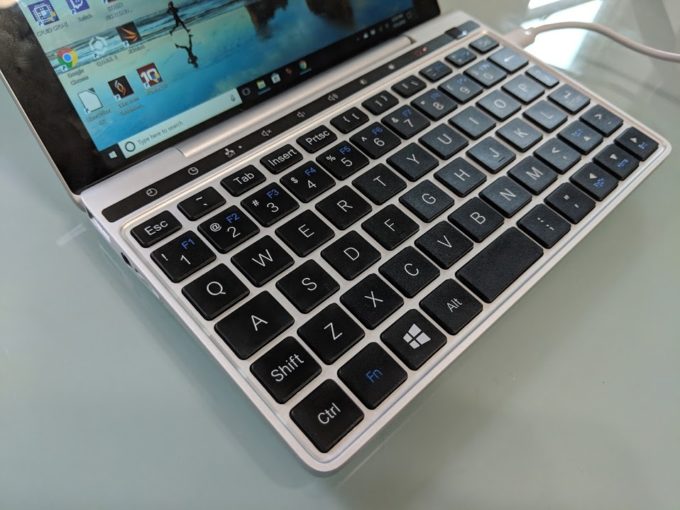 On the right side of the keyboard, the colon and quotation mark keys are next to the space bar instead of between the L and Enter keys and they would be on most keyboards.

Most keyboards have the comma, period, and question mark keys to the right of the M. GPD’s keyboard moves the question mark up a few rows so that it’s next to the P and above the Enter key… and the bracket keys that would normally be by the P are moved to the top row. The plus and minus keys are also in the top row instead of next to the number keys (which means that F11 and F12 are also above the F9 and F10 keys).

All of which is to say that you have all the keys you need. They might just not be where you expect them to be. 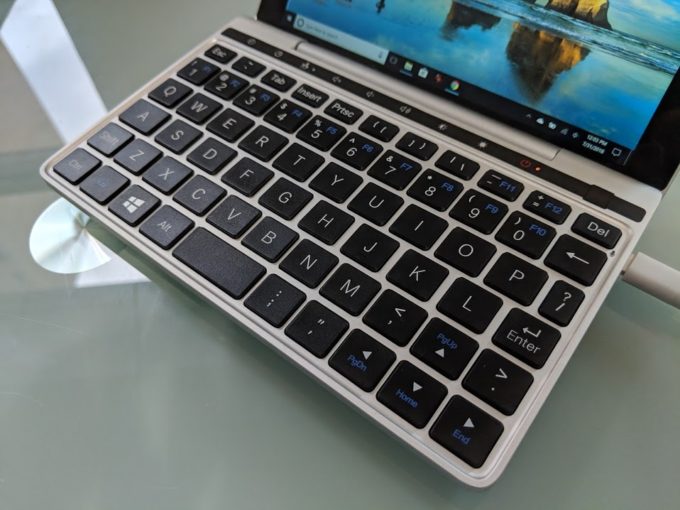 Individual keys are also a little smaller than on a typical keyboard, so you’ll probably find your fingers a little closer together while typing on the GPD Pocket 2 than on other keyboards. This can make typing for extended periods a tad uncomfortable.

The little laptop has the same processor as an entry-level Microsoft Surface Pro, a decent high-resolution display, and up to 8GB of RAM. It offers decent performance for most basic computing tasks. But its small size makes it significantly more portable than a typical laptop. Unfortunately the trade-off is a small, somewhat difficult to use keyboard.

One more important thing to keep in mind: the demo unit GPD sent me for testing is a prototype and a few of the keys are mislabeled. The tilde and Tab labels are reversed on my prototype for example, so I have to press the tilde key when I want to use a Tab function. GPD says this issue will be resolved by the time the company starts shipping the Pocket 2 to customers.

There’s also no room for a touchpad below the keyboard. The computer has a touchscreen display, and GPD had originally considered shipping the Pocket 2 without any other form of touch/mouse input but the company reconsidered after receiving negative feedback from potential customers.

While the original GPD Pocket had a pointing stick by the space bar, the 2nd-gen model has an optical touch sensor above the keyboard. It’s in the upper right corner and you can move your finger or thumb across the sensor to control an on-screen cursor. Then you can tap or click the sensor button to register a left-click. 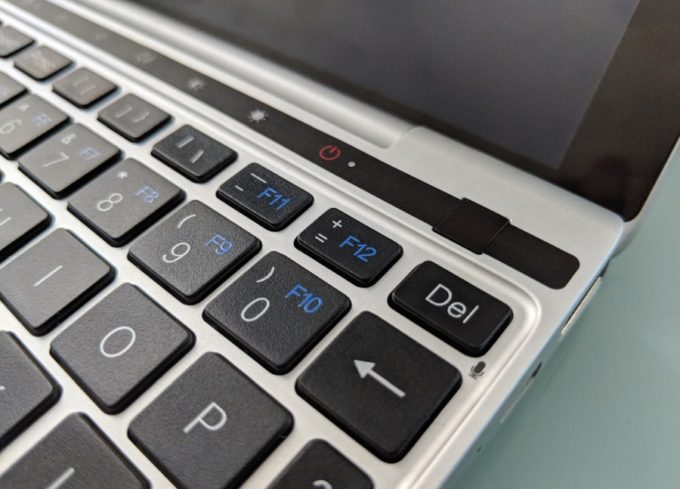 I find that tapping tends to make the cursor jump, but clicking works pretty well.

There are also left-click and right-click buttons on the other side of the device. Unfortunately that means you’ll either need to use two hands or lift and move your hand if you want to right-click. And there’s no scroll option since there’s no center button or support for two-finger gestures (it’d be impossible to fit two fingers over the touch sensor at the same time). 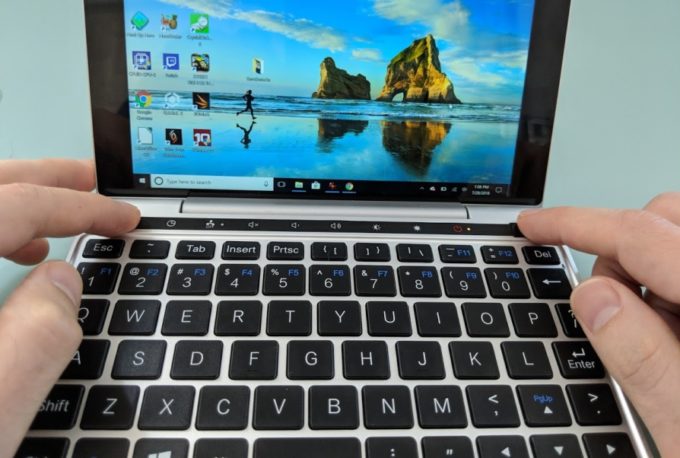 It’s better to have the touch sensor than not to have one at all. But if you want more precision you might want to invest in a portable mouse or a capacitive stylus.

The GPD Pocket 2 is up for pre-order for $529 and up during an Indiegogo campaign, and it should be available via retail channels for $729 and up later this year.

You can find more information about the little computer in Liliputing’s in-depth preview: