Chinese device maker Alldocube’s next tablet is a 10.5 inch model with a MediaTek MT8176 hexa-core processor, 4GB of RAM, and 64GB of storage. It has a fingerprint reader, a USB Type-C port, and the tablet will ship with Android 8.1.

But the two most interesting things about the tablet are probably the display and the price.

The Alldocube X features a 2560 x 1600 pixel AMOLED display and it’ll be available for $219 (or less) during an Indiegogo crowdfunding campaign set to launch in early August. The full retail price will eventually be $270. 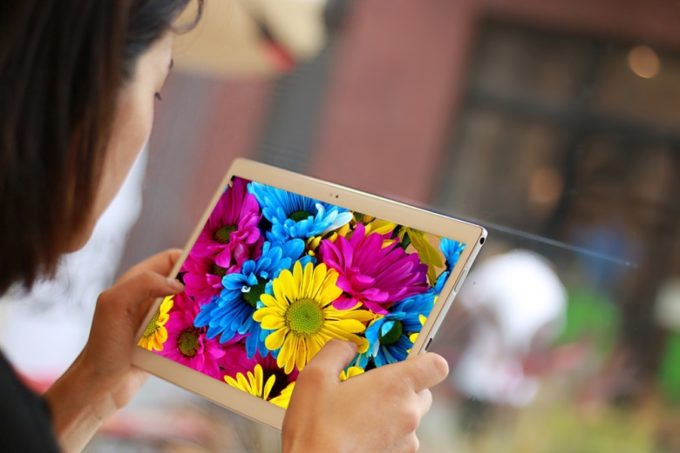 Alldocube is also offering a deeper discount for folks who sign up for early bird access: enter your email address at the company’s website and you can snag an Alldocube X for $199.

On paper, the Alldocube X looks like a pretty nice little tablet. In addition to the features listed above, it has an 8,000 mAh battery with fast charging support, 8MP front and rear cameras, a 3.5mm headset jack, and a microSD card reader with support for cards up to 128GB.

It’s certainly not the fastest tablet chip around, and it’s about a year old at this point. But it’s similar to the MediaTek MT8173 processors used in several relatively recent Chromebooks including the Acer Chromebook R13 and Lenovo N23 Yoga.

One thing to keep in mind before pledging to the upcoming crowdfunding campaign is that Chinese companies like Alldocube that sell some tablets internationally don’t tend to offer the same level of support as international computer and electronics brands like Samsung, Apple, Lenovo, Dell, and HP. So while the tablet will offer a fair amount of bang for the buck in terms of specs/price, customer service will likely be a little hit or miss if anything goes wrong with your tablet.