After a false start earlier this month, Microsoft is ready to let you test a new version of the Edge web browser that can stop videos from automatically playing when you load a web page.

That’s just one of the many new features included in Windows 10 Insider Preview Build 17704. 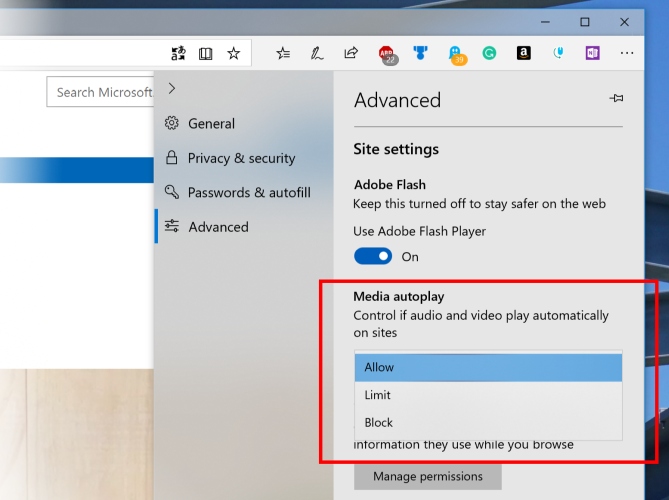 If you really don’t mind auto-playing video, you can choose to let sites play media. In fact, there are three options:

Allow is the default option, but you can change the settings, and Microsoft is asking testers to report any websites that don’t work as expected with the Limit or Block features.

Edge is also picking up some new design elements, a new settings menu, and a new beta logo. And there’s a new PF icon too, which makes it slightly easier to distinguish PDF files from HTML shortcuts (even though both can be opened in the Edge browser.

Other new features in Build 17704 include:

Sets is also being removed temporarily from this build, so Microsoft can work on adding new features and addressing feedback. It’ll be back in a future build… but it’s possible the feature won’t be available for the next major release of Windows 10, coming this fall.

There are also updates affecting security, Windows Mixed Reality, Ease of Access and Narrator, and a reminder that the Windows Snipping Tool’s days are numbered: it will be removed in a future update.