Shuttle is updating its line of small form-factor PCs with two of the smallest desktops to feature NVIDIA GeForce graphics.

The little PCs support up to 32GB of DDR4 memory and have two SODIMM slots. There’s also a 2.5 inch drive bay for a solid state drive or SSD and an M.2 2280 slot that can be used for NVMe SSDs. 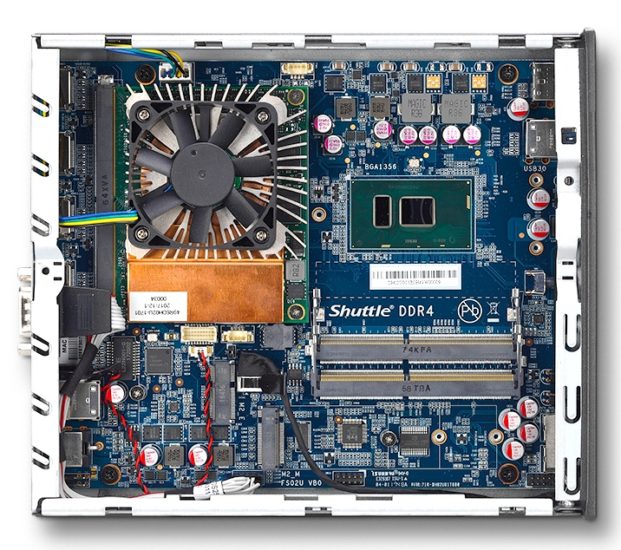 Tthey’re aimed at the enterprise market, where the little computers could be used for point-of-sales, digital signage, or other environments where you might want a compact computer capable of driving multiple displays. But the only thing stopping you from buying one for home use is probably the relatively high price for a computer with a laptop-class 15 watt processor (even if it does come with desktop-class discrete graphics).