It’s called the Samsung Chromebook Plus V2, and as the name suggests, it’s an update to an existing device… but it’s a bit tough to decide if this is an upgrade or more of a lateral move.

The Samsung Chromebook Plus V2 will be available at Best Buy for $500 starting June 24th. 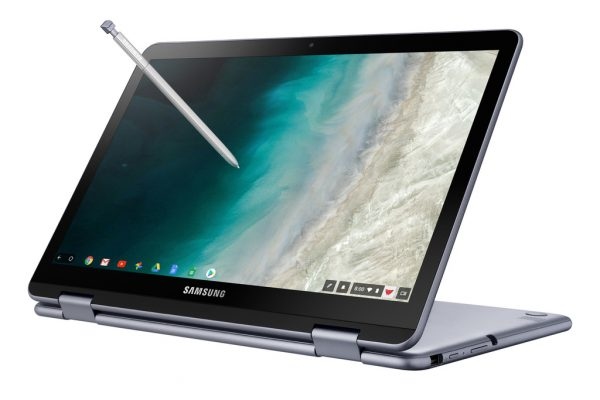 It has two USB Type-C ports, a USB 3.0 Type-A port, a microSD card reader and a 3.5mm headphone jack. The computer has stereo speakers, a 1MP front camera, and a 13MP “rear” camera above the keyboard (which is the back of the device when it’s folded up for use in tablet mode.

The computer has an aluminum alloy and plastic chassis and the whole thing measures about 11.3″ x 8.2″ x 0.7″ inches and weighs about 2.9 pounds.

By comparison, the original Chromebook Plus was one of two Chrome OS devices Samsung released in early 2017. The other was the Chromebook Pro.

Both models had the same physical design, including a 12.3 inch, 2400 x 1600 pixel display with a 3:2 aspect ratio, touchscreen and pen support, a 360-degree hinge, and a chassis that measured less than 0.6 inches thick and which weighed less than 2.4 pounds. The key difference is that the Pro had an Intel Core M3-6Y30 Skylake processor, while the 1st-gen Plus had a Rockchip OP1 (RK3399) ARM-based processor.

The ARM-powered model had a starting price of $449, while the Intel version sold for $549 and up at launch.

So is the new Plus an upgrade? Maybe. While it does have an Intel Celeron processor based on 7th-gen Intel Core technology, it also has a lower-resolution display, a thicker and heavier design, and otherwise similar specs. It does have a full-sized USB port though, which isn’t available on last year’s models. 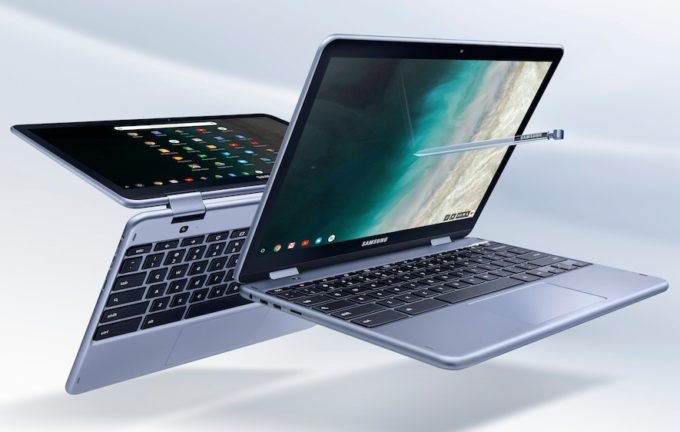