The new SD 7.0 specification includes new technologies that will enable support for SD cards with up to 128TB of storage and data transfer speeds as high as 985 megabytes per second.

Right now the theoretical maximum amount of storage for an SD card is 2TB, but even the highest capacity cards on the market top out at only about a quarter of that. So it’ll probably be a few years before we start to see storage cards come anywhere close to the new maximum. But the new SDUC (SD Ultra Capacity) standard will make it possible.

The new SD Express protocol, meanwhile, adds support for PCI Express and NVMe interfaces. Basically, this means you can use an SD card like a removable SSD… and it’ll support SSD-level data transfer speeds too.

Earlier this year Western Digital showed off a PCIe SD card capable of achieving 880 MB/s read speeds and 430 MB/s write speeds. But you can’t just plug it into any old SD card reader on your laptop or camera and expect to get speeds that fast. It requires an PCIe interface, making it more likely that this is something you’d find tucked inside a computer where you’d normally find something like an M.2 SSD.

Still, the new cards will be the same size and shape as their predecessors, and they’re backward compatible. So you can theoretically pop out an SDUC card with SD Express technology and plug it into a standard card reader. It’ll just be a lot slower (with top speeds in the 50 MB/s to 104 MB/s range, depending on the card reader you’re using). 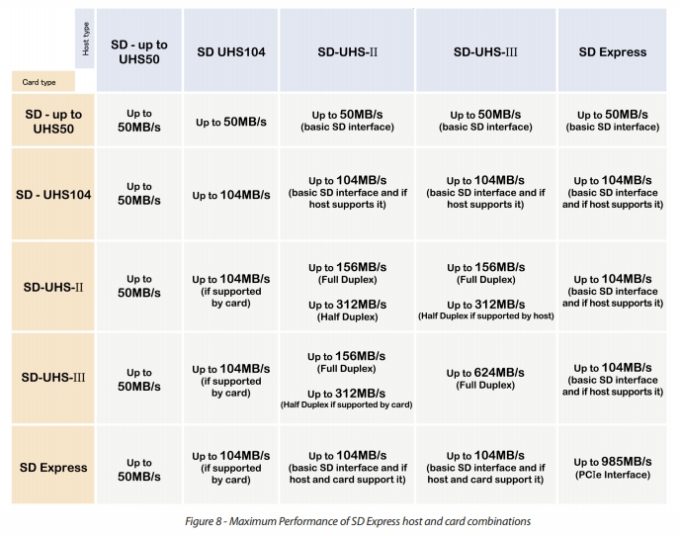