The new model has a faster processor, USB Type-C ports, and a new set of expansion header with a 60 pin PCI-e header and a second 60-pin low speed header.

Update: Renegade Elite pre-orders will run about $100 for the board only during the crowdfunding campaign, or up to $200 with accessories. Libre Computer says retail prices will be about 20 percent higher after the Indiegogo campaign ends. 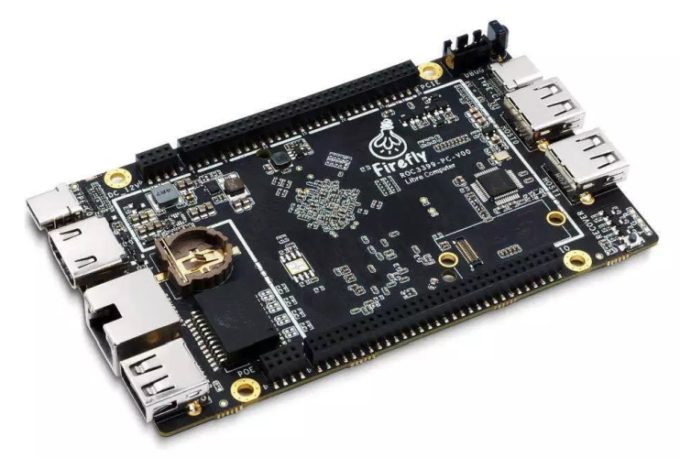 It has 4GB of RAM, a microSD card slot, and an eMMC 5.x interface for storage. And it has an HDMI 2.0 port, Gigabit Ethernet, three USB 2.0 Type-A ports, and two USB 3.0 Type-C ports, including one with power delivery support (so you can plug in a power adapter).

Other features include an IR receiver, a real-time clock with a backup battery, a UART header, and a few more I/O connection options.

Libre Computer says the board should be able to run Android Oreo software or GNU/Linux-based operating systems with the Linux 4.19 mainline kernel or later, or a Rockchip-specific build featuring kernel version 4.4 or later.

Meanwhile, if you don’t want to wait until August (and don’t mind a slower Rockchip RK3288 processor and 40-pin header), the original Libre Computer Renegade is now available from LoverPi and Amazon for $35.