Asus is updating its ZenBook Pro 15 with a new model that supports up to an Intel Core i9-8950HK processor, NVIDIA GeForce GTX 1050 Ti graphics, up to 16GB of RAM, and up to 1TB of solid state storage. It also supports up to a 4K touchscreen display.

All that would be impressive enough in a laptop that’s just 0.74 inches thick and 4.1 pounds. But the Asus ZenBook Pro 15 UX580 is also the first laptop to feature an Asus ScreenPad we first heard about last week.

Rather than a touchpad, the laptop has a 5.5 inch touchscreen display below the keyboard. In addition to functioning as a normal multitouch controller, it also works like a second screen that you can use as an app launcher, a control interface for some applications running on the primary display, or a place to view mini apps such as a calculator or calendar. 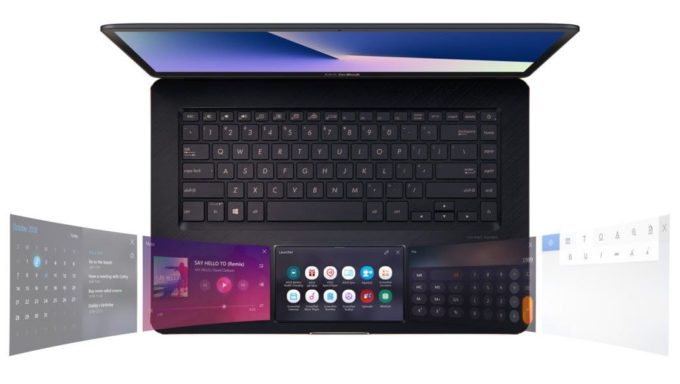 Asus says the ScreenPad is a full HD IPS display that supports 4-finger gestures and works as a Microsoft Precision Touchpad. But it also has a configurable toolbar that you can drag down from the top of the screen.

You can use it as a virtual numeric keypad, use it to control local music playback, or to control YouTube and Spotify. There are also controls for Word, Excel, and PowerPoint, and Asus says you can configure the ScreenPad to work with any application installed on your PC.

There are also options to extend your Windows desktop to the ScreenPad display, treating it like a second monitor. Or you can mirror your smartphone display.

Asus will also release a ScreenPad SDK by the end of the year in order to allow third-party developers to create apps and experiences for the new platform.

While the ScreenPad is probably the laptop’s most distinctive feature, the rest of the specs don’t look bad:

Those features don’t come cheap though: the Asus ZenBook Pro 15 UX580 is expected to sell for $2300 and up when it goes on sale in July. 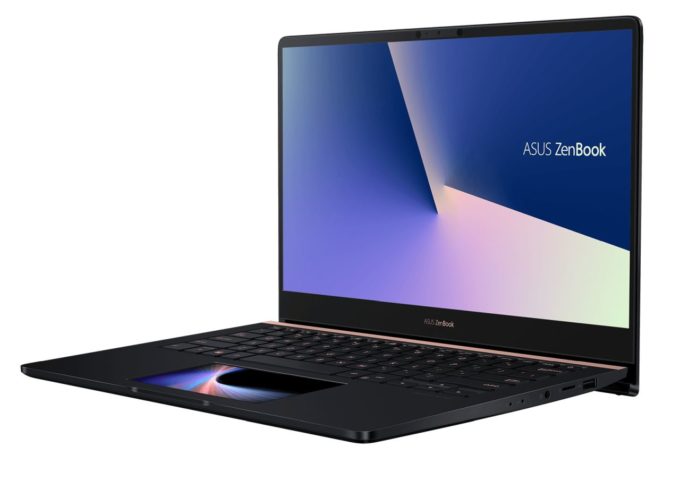