Zotac plans to showcase several of its compact desktop computers at the Computex show in Taiwan next week. That includes a few devices we first saw at the Consumer Electronics Show in January, including the Zotac ZBOX CI660 nano fanless computer, the ZBOX MA551 mini PC with an AMD Ryzen 5 processor, and the latest Magnus mini gaming PC.

But the company is also expanding its MEK line of small form-factor gaming computers.

Zotac says the new MEK Mini is half the size of last year’s MEK1, while offering more performance. And the new MEK Ultra is a somewhat larger, high-end gaming desktop. 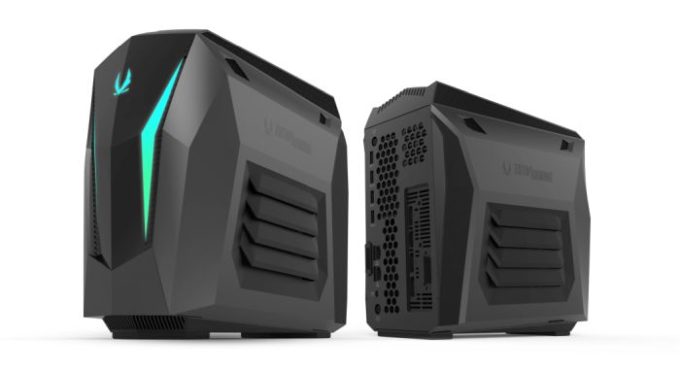 Detailed specs aren’t available yet, but here’s what we know so far: The MEK Mini features an 8th-gen Intel Core processor and an NVIDIA GeForce GTX 1080 graphics.

It also features 32GB of Intel Optane memory, Killer Networking, and a chassis designed to keep the powerful hardware from overheating, despite its compact size.

The MEK Ultra, meanwhile, is said to be a computer that “hosues top-tier hardware that can run today’s and future games at their highest performance.”

Both computers also feature RGB lighting that can be controlled with Zotac’s SPECTRA utility. 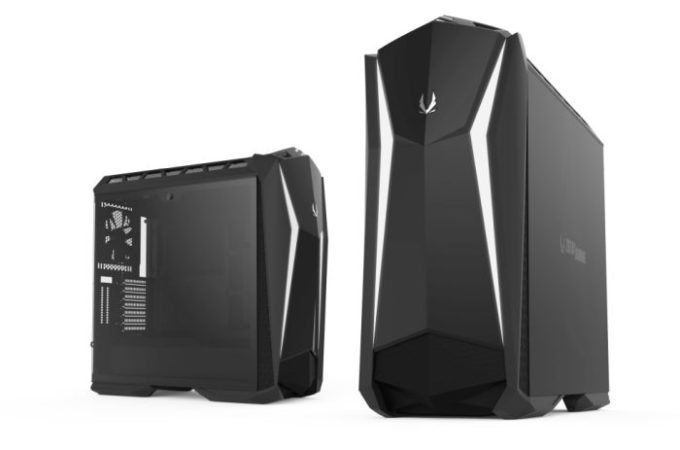 Zotac will also who off its latest gaming PC-in-a-backpack. It’s called the VR Go 2.0, and it’s basically a battery-powered gaming PC that you can wear while using a VR headset so that you don’t run the risk of tripping over wires running from a PC on the floor to your head-mounted display.

The new version also features SPECTRA lighting for some reason (I mean, you won’t see the lights while wearing this thing on your back), and an 8th-gen Intel Core processor. It’s also said to have more comfortable straps. 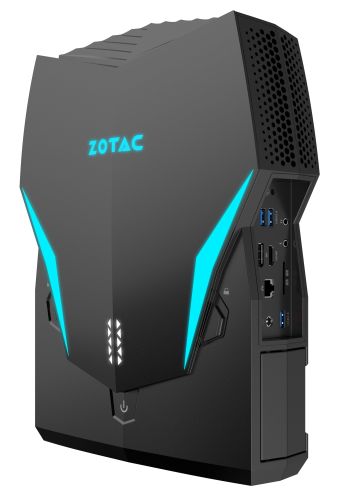