High-end camera maker Red’s first smartphone is launching this summer. The company has announced the Red Hydrogen One will be available through AT&T and Verizon in the US and from wireless carriers Claro and Telcel in Latin America.

The phone went up for pre-order last year, with prices starting at $1195, and in some ways the phone still has 2017-era hardware including a Qualcomm Snapdragon 835 processor… and a headphone jack.

In other ways, it’s an all-new sort of headphone with support for shooting and displaying “holographic” content without special glasses. There’s also support for modular add-ons such as high-end cameras. Basically this is clearly a phone from a camera company. 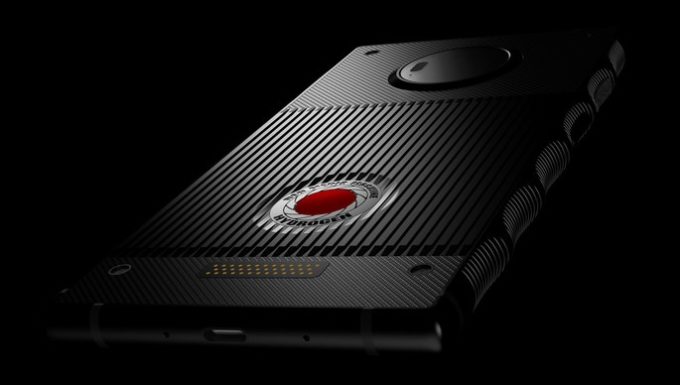 The Red Hydrogen One has a 5.7 inch, 2560 x 1440 pixel display, a 4,500 mAh battery, a USB Type-C port, stereo speakers, and a microSD card reader that also functions as a second SIM card slot if you’d rather use it that way.

The strangest features may be the 3D and “4V” or “holographic” video support. Basically the holographic display feature is a sort of advanced 3D mode that occurs when “the screen dims a bit and out pops a ‘better than 3D image’… no glasses needed.”

Don’t care about 3D/4V? You can just keep the feature turned off and use the Red Hydrogen One like a normal, expensive smartphone. It still has a big battery, a grippy chassis, support for multichannel spatial audio, and RED’s pogo pins for attaching add-ons.

Red still hasn’t said much about what add-ons will be available or when they’ll launch. And we don’t have an exact ship date or final retail price for the phone either. But with wireless carriers set to start selling the phone “this summer,” it looks like we shouldn’t have to wait long to find out more.

AT&T plans to show a demo of the new phone at AT&T Shape at Warner Bros. Studios in Loas Angeles on June 2nd and 3rd.