After launching in China this January, and getting a global launch a month later, the 2nd-gen Nokia 6 smartphone is coming to America next week.

It’ll be called the Nokia 6.1 in the United States, and the phone goes on sale for $269 at Best Buy and Amazon starting May 6th. 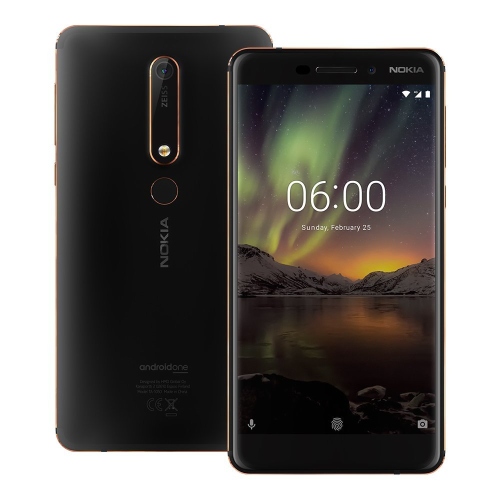 You can also use both cameras as the same time for “Dual-Sight” photos or videos.

The Nokia 6.1 also features 4GB of RAM, 32GB of storage, a microSD card slot, a fingerprint reader, a 3,000 mAh battery, a USB Type-C port, and fast charging support. You should be able to get a 50 percent charge by plugging the phone in for about a half hour.

The Nokia 6.1 ships with Android Oreo software, and it’s an Android One device, which means it runs near-stock Android software and should get monthly security updates and major operating system updates shortly after they’re released by Google.

The only catch is that the phone will be sold unlocked with support for GSM carriers, which means it’ll work with AT&T and T-Mobile, but not Verizon or Sprint (although that last one might eventually become moot if Sprint and T-Mobile merge).