HTC’s latest flagship phone looks… A lot like it here flagship phones at first glance. It has a glass body, a Qualcomm Snapdragon 845 processor, 6GB of RAM, and at least 64GB of storage. It’s even missing a headphone jack, like many modern phones (as if that was a feature, not a bug).

But the HTC U12+ has a few distinctive traits. The 6 inch, 2880 x 1440 pixel display almost seems retro, thanks to the lack of a notch, and the phone has dual cameras on both the front and back, allowing you to take portrait style photos with blurred backgrounds with either set of cameras.

HTC has also amped up it’s Edge Sense technology. Not only can you perform some action by squeezing the phone, but there are now touch gestures as well. Oh, and the power ans volume buttons are now basically a solid, non-moving parts. When you press them, the phone reacts, but you won’t feel anything move. 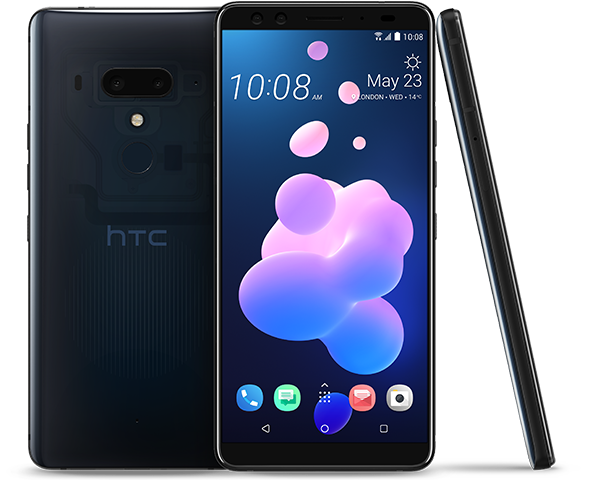 Other features include a 3,500 mAh battery, Quick Charge 4.0, stereo speakers, a microSD card slot, a USB 3.1 Type-C port, IP68 water and dust resistance, and support for both Google Assistant and Alexa.

There is no support for wireless charging, despite the glass back.