But the specs only tell part of the story, because this laptop has an eye-catching design with features that might be useful as well as aesthetically interesting. 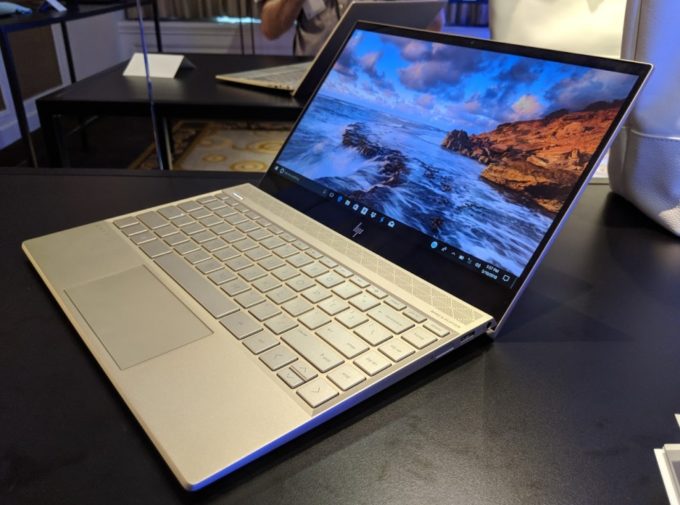 For example, when you open the notebook, the lid folds out in a way that sort of acts as a lever to move the back of the keyboard upward so that the back is higher than the front. It also leave a small space between the back edge of the laptop and the lid, where there’s a vent that helps move hot air out of the case.

The laptop also has full-sized USB ports on the left and right sides, but because of the slim design, HP actually put a little piece of plastic on each port that you have to drop in order to connect anything to the USB Type-A ports.

There’s also a USB 3.1 Type-C port, but with some of HP’s other recent devices going all-in on Type-C, it’s nice to have the option of using full-sized or small ports so you don’t need to carry a dongle with you if you have gadgets that only work with the older standard.

HP also put a fingerprint reader on the side of the Envy 13, which is an interesting design choice for a clamshell-style notebook (I can see why the move would make sense on a tablet or convertible, where the keyboard isn’t always accessible, but how often do you need to unlock a clamshell notebook when the lid isn’t open?)

Other features include a microSD card slot, a headset jack, Bang & Olafsen speakers, and a speaker above th keyboard, with a geometric design in the speaker grill.

There’s also an etched pattern on the back of the laptop that’s designed to look like Damascus Steel as a symbol for toughness and elegance or something. The laptop’s not made from Damascus Steel. It’s just supposed to look like it. Anyway, the pattern is easier to see on silver-colored laptops than black ones. 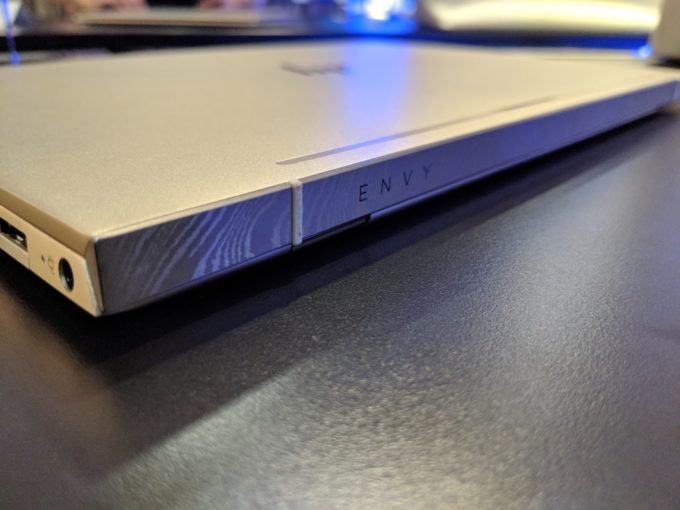