Spanish phone maker BQ has two new Android One models on the way. Both will run near-stock Android software and receive at least two years of regular security and feature updates.

Both models should be available soon in Europe. 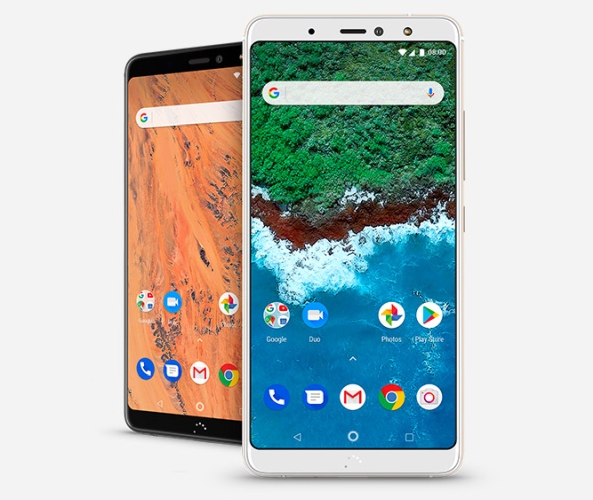 While neither phone has what I’d call flagship-killer specs, they are both pretty good examples of the fact that Android One isn’t just for entry-level devices anymore.

Both phones feature 5.65 inch, 2160 x 1080 pixel IPS displays with up to 650 nits of brightness, 3,100 mAh batteries with Qualcomm Quick Charge 4+ support, dual rear cameras, and IP52 splash-resistant designs. They will also both ship with Android 8.1 software, although they should also be among the first phones in line for an Android P update when Google releases the next version of its mobile operating system later this year.