Intel may be struggling to get 10nm processors out the door, but rival chip maker AMD is already shipping 12nm processors… and AMD CEO Lisa Su says the company is almost ready to make the move to 7nm.

AMD’s next-gen “Zen 2” architecture is manufactured on a 7nm processor, and Su says the company plans  to start sending Zen 2 samples to customers later this year, with mass production scheduled to begin in 2019. 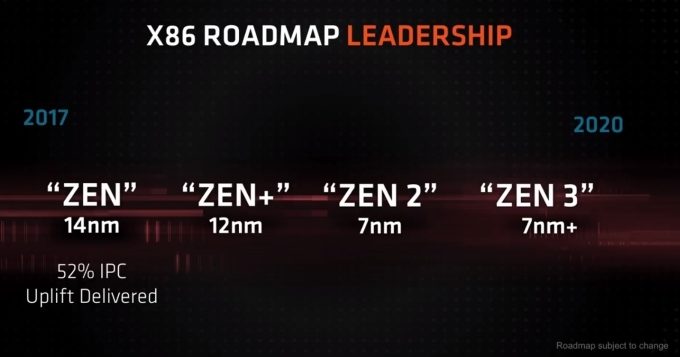 Su’s remarks came during the company’s latest earnings call, and it sounds like the plan is to continue shipping 12nm chips this year and next year, while starting to mix in next-gen 7nm chips in 2019.

It also sounds like the first 7nm parts will likely be designed for servers and sold under AMD’s EPYC brand, rather than consumer-oriented chips sold under the Ryzen name.

But that doesn’t rule out the possibility that we could see 3rd-gen, Ryzen 3000 series chips later in 2019. A leaked product roadmap that made the rounds earlier this year suggests that AMD’s 3rd-gen Ryzen processors will be code named “Castle Peak,” and that they could also hit the streets in 2019.

In related news, AMD is also planning to sample 7nm GPU chips this year, based on the company’s Radeon Vega graphics technology.