Once upon a time if you wanted to copy, move, delete, or rename files on a PC running Microsoft software, you had to type a command into a DOS box. For more than two decades Microsoft has offered Windows Explorer or File Explorer as a more user-friendly alternative with a graphical user interface (GUI) that lets you get a lot of things done with a mouse (and/or keyboard).

But before there was Explorer, there was File Manager, an early GUI tool for managing files. It was introduced with Windows 3.0 and made available in Windows 95, Windows 98, and Windows ME before it was eventually discontinued.

Now File Manager lives again… sort of. Microsoft’s Craig Wittenberg has released a modified version of the source code for the application. It’s available from GitHub. 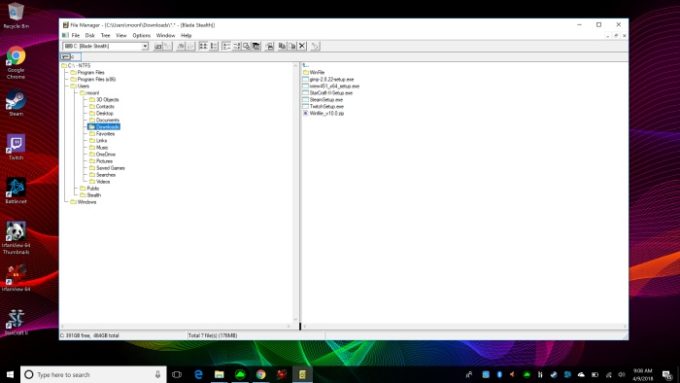 Wittenberg says there are two versions of the source code. One is “original_plus,” which includes a version of the latest official version File Manager plus a few adjustments so that it can be compiled with Visual Studio and run on Windows 10 machines with 64-bit processors. The other is “current master,” which includes his own changes and additions to the software.

While there aren’t really a lot of practical reasons to use the original File Manager on a Windows 10 machine today, it’s kind of cool that we have the option. Its also interesting to see Microsoft continue to release the source code for some of its products… even if it only happens after they’ve been discontinued for a long time. Doing so provides programmers a glimpse of computing history and also makes it possible for developer to build new things based on old software.

If you wanted to build a new Windows application for managing files, forking the source code for an (outdated) official tool could be one way to get started.

If you’re not interested in examining the code, compiling the application, or forking it, you could always just download the latest version (WinFile v10.0) from GitHub and take it for a spin.