Ever since Microsoft launched its Windows Insider Preview program, it’s been pretty easy to get an idea of what’s coming in future versions of Windows 10… because Microsoft pretty much tells you about them in blog posts and pushes those features out to beta testers a bit early.

So we aren’t expecting any big surprises in the next major Windows 10 release… but there is one thing Microsoft hasn’t shared: the actual release date for the upcoming Windows 10 spring update.

It looks like it’s happening pretty soon though. The company has just started rolling out Windows 10 build 17133 to the Release Preview ring, which effectively confirms that this is the build that’s considered the RTM (Release to Manufacturing) version of Windows 10 spring update. 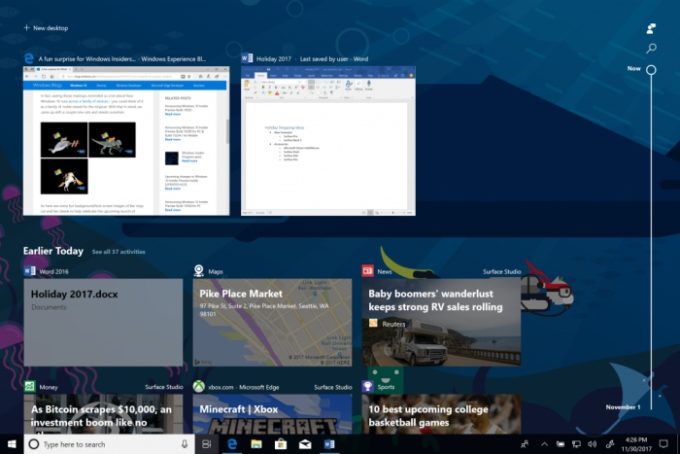 Members of the Insider Preview program may already be running this release. But the next steps are for Microsoft to release the update to folks who aren’t part of the beta program. It’ll be available as a free update for all Windows 10 users.

Microsoft will also ship the new software to PC makers so that it’s the version of Windows 10 that will ship on new computers.

Among other things, the spring update will bring: