One of my favorite things Google added to recent versions of Android is the ability to see the battery level of connected Bluetooth devices from the Quick Settings drop-down.

While I’m a big fan of using Bluetooth headphones on in order to avoid getting tangled up in wires, it can be kind of a pain to start a long walk only to have your headphones die unexpectedly because you hadn’t been keeping track of their battery level.

Now it’s easy to see the battery level on your phone… assuming you’ve got a set of headphones or earbuds that support the feature. Not all of mine do.

Anyway, this isn’t actually a post about Android though. It’s about Windows… because Microsoft is bringing a similar feature to Windows 10. 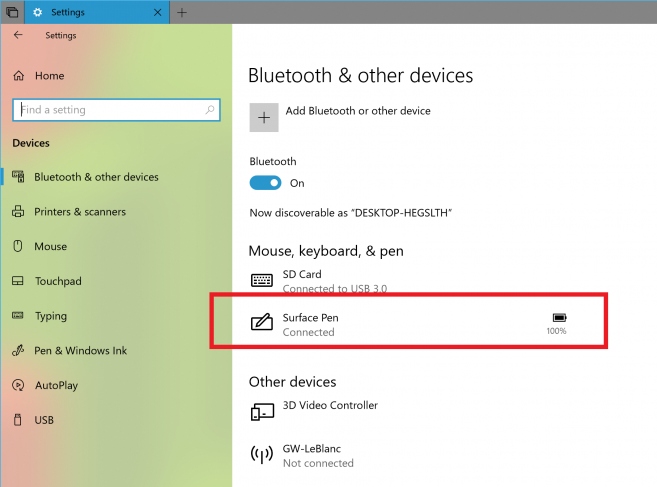 The company has released Windows 10 Insider Preview Build 17639 (RS5) for Skip Ahead. This is an early test build of the version of Windows 10 that will ship after the Spring update that’s coming soon. In other words, it includes features that will probably be available to the general public this fall.

While most of the changes in the new build are related to Microsoft’s new “Sets” feature that lets you group apps and app windows together as if they were browser tabs, the feature that stood out to me was the addition of  Bluetooth battery percentage reading to the Windows Settings menu.

It’s not a feature you’re necessarily going to need every day. But it’s one that’s awfully nice to have if you use Bluetooth speakers, headphones, mice, keyboards, or other accessories like a Microsoft Surface Pen.

Keeping an eye on the battery level could help you figure out when to stop and charge your gadgets at a convenient time so that you don’t have to interrupt your workflow due to an unexpected power failure.

You can find a more complete run-down of new features and changes in Build 17639 at the Windows Blog.