Samsung’s DeX platform lets you use your the company’s phones for desktop computing. Last year the company launched a DeX Station dock that let you connect a keyboard, mouse, and monitor to use your Galaxy phone as a pseudo-desktop PC. This year the company unveiled the DeX Pad which has similar functionality, plus a few new features: you can use your phone as a virtual touchpad or keyboard when it’s docked.

Officially unveiled alongside the Galaxy S9+ and Galaxy S9 smartphones, Samsung has now announced the price and launch date: the DeX Pad is up for pre-order now for $100 and it’ll ship the week of May 13th. 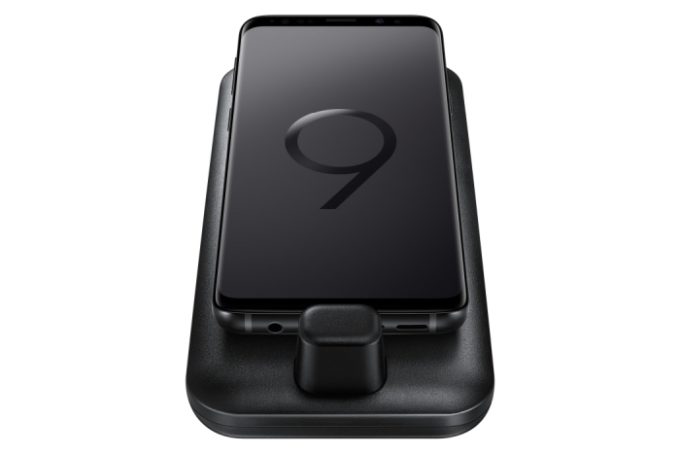 Samsung is also throwing in a free DeX Pad for customers who order a Galaxy S9 or Galaxy S9+ by the end of April.

While the new DeX Pad lets you use your phone as an input device (alleviating the need for an external mouse and keyboard in some situations), it also lacks one thing the DeX Station has: an Ethernet jack.

The DeX Pad measures about 6.3″ x 3.3″ x 1.3″ and weighs less than 5 ounces, which makes it a it easier to schlep back and forth between work and home than a laptop.

Even though the phone is running Android, when you connect it to an external display you’ll get a desktop-style view with a taskbar and support for running apps in multiple windows. And if the idea of running Android apps on a big screen doesn’t excite you, Samsung’s also working on Linux on Galaxy, which brings Ubuntu Linux to a Galaxy Phone and DeX device.

One reply on “Samsung DeX Pad coming May 13 for $100 (use Galaxy S9 like a desktop, keyboard, or touchpad)”