There are a number of low-cost Windows tablets and notebooks that have as little as 32GB of storage. In recent years, we’ve even seen some ship with as little as 16GB. And while that’s usually enough space to run a basic Windows experience and maybe even install a few apps and download a few files… many users of those low-storage devices have run into problems when it comes time to download and install major Windows updates.

That’s kind of a problem, since Microsoft releases about two big updates to Windows 10 every year, and usually drops support for devices running older versions after about 18 months.

Now it looks like Microsoft might be tackling that problem, not by insisting that PC makers use more storage… but by offering a stripped down version of Windows that uses about 2GB less disk space than Windows 10 Pro, and which takes up about half as much space once installed (6.5GB vs 12GB). 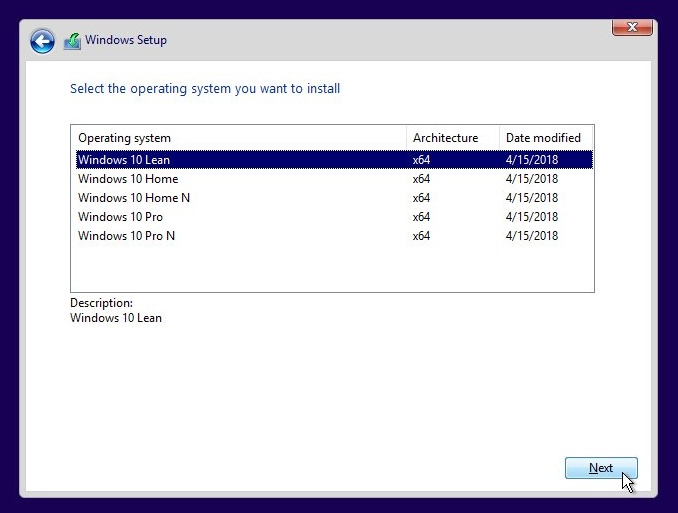 It’s unclear if that’ll be the final name, or if the feature set has been finalized. But so far it seems to be missing some of the features found in most other versions of Windows, including:

According to Windows Central’s Zac Bowden, all of that streamlining is to ensure that Windows Updates can be installed on devices with limited storage.

Windows 10 Lean is still a fully functional version of Windows that’s capable of running just about any app you can run on larger versions of the OS. This isn’t the same thing as Windows 10 on ARM (which has some limitations affecting Win32 apps), or Windows 10 S (which only runs Windows Store apps), and it’s certainly not a new Windows RT.

That said, I do wonder if its possible that users will be able to install missing features like RegEdit if they decide they need them.

It’s also possible that Bowden’s sources are wrong, and Windows 10 Lean is something else… like a new version of Windows 10 S for specific types of devices. After all, Windows 10 Lean was discovered via files included in the latest preview build of Windows 10 Redstone 5… which also includes support for telephony features. That’s prompted some folks to speculate that Microsoft may be working on the long-rumored Surface Phone that can transition between phone and tablet modes, offering both a mobile and a desktop (or tablet) experience.

Maybe that’s what Windows 10 Lean is for. Or maybe not.

With the Windows 10 April Update (Redstone 4) expected to ship in the next few weeks, and the Microsoft Build conference scheduled to begin May 7th, maybe Microsoft will just tell us what Windows 10 Lean is soon.

16 replies on “Reports: Windows 10 Lean is streamlined for devices with just 16GB of storage”