Gaming smartphones are officially a thing. Last year Razer launched its gaming phone with a 120 Hz display. Last week Xiaomi subsidiary Black Shark launched a phone with liquid cooling and a detachable controller. And now Nubia is launching a phone for gamers called the Red Magic.

It’s basically a high-end phone with an unusual design that features a “unique cooling system” and an RGB strip light on the back, borrowing a design cue from gaming desktops.

Interestingly, Nubia went with one of last year’s top processors by opting for a Qualcomm Snapdragon 835 chip rather than a newer Snapdragon 845. 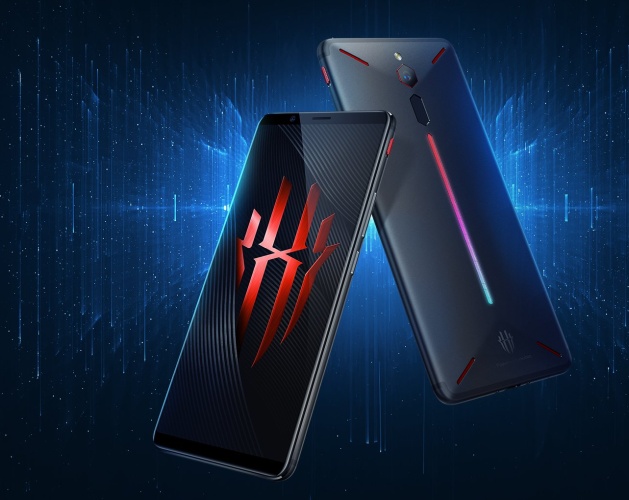 There’s also a customizable game button, although Nubia’s a bit vague on exactly what it does.

Other features include an anodized aluminum chassis, a fingerprint sensor, a USB 2.0 Type-C port, a 3.5mm audio jack, and dual nano SIM slots.The phone supports 802.11ac WiFi and Bluetooth 5.0 and the rear camera has an f/1.7 aperture and support for shooting 4K video at 30 frames per second of slow-motion 720p video at 120 frames per second. There’s also a time-lapse recording mode.

Nubia hasn’t announced the full retail price yet, but the company will be launching an Indiegogo campaign on April 26th, with a limited number of devices going for $399 during an early bird special.

While Nubia used to be a wholly-owned subsidiary of ZTE, the Chinese phone maker reduced its stake in Nubia last year, which means ZTE owns less than half of the company.

It’s unclear if that’ll be good enough to let Nubia continue buying chips from US-based Qualcomm once the US prohibition on the sale of US goods to ZTE kicks in.