Microsoft has released a new plugin for the Google Chrome web browser that helps protect you from phishing attacks by alerting you when you click on a link that would take you to a website that’s known to contain malware.

But Microsoft says its version brings Chrome users the same level of protection they would get if they were using Microsoft’s own Edge web browser. And that’s a good thing, since some third-party benchmarks suggest Edge’s anti-phishing system outperforms Google’s (or Mozilla’s). 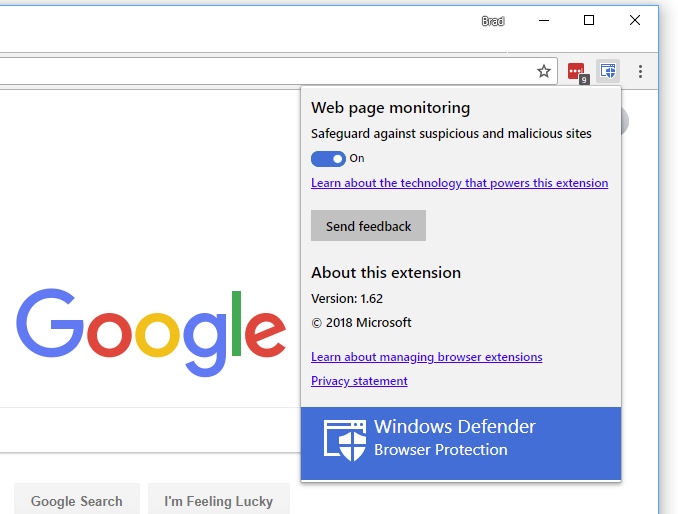 Or to put it another way, as security-focused news blog Bleeping Computer points out, it’s nice to have the option of using both Microsoft and Google APIs in the same browser instead of just one or the other.

While Edge is the web browser that ships with Windows 10, it’s also inherited Internet Explorer’s reputation for being the browser that you use once: to download Chrome or Firefox.

Microsoft has added a lot of features to Edge over the last few years and it’s not a bad browser by any means. But with a huge number of Windows users running Chrome, it’s nice to see Microsoft bringing a legitimate security-enhancing tool to the platform.

Then again, while the plugin is relatively small (taking up less than 1MB), it does require the ability to “read your browsing history” and “read and change your data on all smartscreen.microsoft.com sites,” so if you’re not comfortable with that, you might want to stick with Google’s Safe Browsing system.